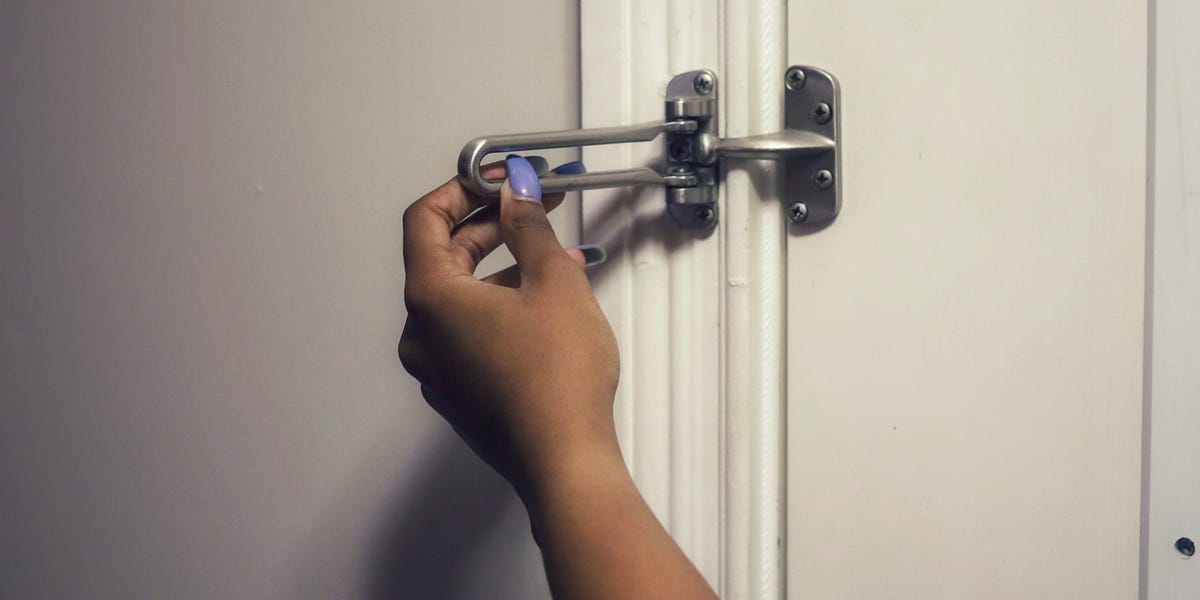 Thousands are calling for an investigation into possible human trafficking at a Washington, DC hotel after a guest alleged that a man attempted to break into her hotel room during a recent stay.

In a viral Twitter thread, the woman — who goes by the name Maya Angelique on Twitter — alleged to have checked into the Cambria Hotel on Q Street in DC on Saturday, October 9.

She wrote that she was taking a shower around 1:30 am when a man “tried to violently break into my room.”

“He somehow had a KEY to open my door,” Maya Angelique wrote on Twitter. “He successfully opened my room door, repeatedly hitting the door stop and screaming ‘open the fuckin door let me in.'”

In response to the viral thread, Philomena Wankenge, co-founder of Freedom Fighters DC, an advocacy group dedicated to pursuing justice for Black DC residents, created a petition calling for sustained public attention and an investigation into whether there is “what appears to be a highly sophisticated human trafficking operation.”

Wankenge told Insider she “started the petition because of how little people pay attention to trafficking, even within our own community,”

“It’s real and it’s scary out here and this needs to be paid attention to,” she said.

The petition, which as of Friday has been signed by nearly 15,000 people, comes after reports that soon followed from other users with similar experiences or witness accounts.

Angelique on Twitter said the man ran away, at which point she called the front desk. She alleged they informed her that the man was with housekeeping.

Angelique continued on Twitter that she did not believe this attendant, calling her reaction “very much like she was fully aware of what was happening and she did not expect to be caught.”

Maya Angelique did not respond to Insider’s requests for comment.

However, she noted online that she immediately felt uncomfortable when entering the hotel after witnessing several men watching her outside.

Angelique wrote that the alleged incident involving a man attempting to break into her room only contributed to her feeling more unsafe and called DC “one of the leading human trafficking cities in the country.”

The Cambria Hotel on Q Street did not respond to Insider’s requests for comment.

Choice Hotels International., which claims Cambria Hotels as part of its portfolio, told Insider in an emailed statement that the hotel “conducted a full review and investigation of the incident,” though it did not describe what information that investigation yielded.

If Black women are being stolen from a place that’s supposed to be safe is not enough for people to care, what is? Philomena Wankenge

“We have been trying repeatedly since last week to reach the guest and, out of respect for the guest’s privacy, will not share the details of what the hotel learned publicly until we are able to do so,” wrote Choice Hotels International.

While not offering details of their findings, Choice Hotels International did claim that “based on initial findings, we can confirm that there was no criminal or illegal activity involved in the incident.”

Meanwhile, Wankenge said Black people in DC are “on edge” after hearing the story.

“If Black women are being stolen from a place that’s supposed to be safe is not enough for people to care, what is?” Wankenge said. “What do we do?”

Hotels can be common settings for sex trafficking

As Maya Angelique wrote in the thread, sex trafficking is a significant problem in Washington, DC.

According to the Human Trafficking Institute, a research organization dedicated to ending this form of sexual exploitation and violence, there were 33 active cases of human trafficking around the DC region in 2020.

This number is likely an undercount as many of these cases go unreported, according to the National Human Trafficking Hotline.

Though sexual violence affects people of all races, Black girls and women are especially vulnerable. A report from the Congressional Black Caucus Foundation found 40% of sex trafficking victims are Black women.

The “hypersexualization” and treatment of Black girls and women as older than they are contributes to increased rates of violence against them, according to The National Center on Violence Against Women in the Black Community.

The center, which provides resources for women grappling with sexual and domestic violence, reports that one in four Black girls will be sexually abused before the age of 18 and one in five Black women are survivors of rape.

Hotels can be common settings for sex trafficking, partly because “traffickers often take advantage of the privacy and anonymity accessible through the hospitality industry,” according to the US Department of Homeland Security.

“We’re seeing hotels being involved in these criminal cases in the fact patterns that are showing up much more than they’re showing up as defendants,” Alyssa Wheeler, associate legal counsel at the Human Rights Institute, told Insider.

Wheeler added that the institute has seen a “dramatic increase” since 2019 of victims of sex trafficking suing hotels in civil cases for “facilitating trafficking and allowing it to happen on their premises.”

S.Y., a victim of sex-trafficking, alleged that employees at a Florida Comfort Inn Hotel “failed to prevent and/or take steps to prevent” this sexual violence from happening.

Other women are sharing their experiences and raising awareness.

Twitter users pointed to the review of a man who wrote that he and his wife saw “a girl getting dragged unconscious with no shoes or belongings with her into the elevator” at that same Cambria location.

One woman shared a picture of what she claimed to be a receipt from the hotel’s bar, which had the phrase “girl by herself” alongside her drink order.

Many interpreted the receipt as a way for the hotel to target girls who are alone.

Women are especially coming forward, speaking out to validate the experiences that, until recently, they didn’t know they shared.

Another woman, K,* said that while she was staying at the Cambria Hotel the week before Angelique’s alleged incident, a man tried to enter her and her fiancé’s hotel room.

As a woman and especially as Black woman you always think about how you could be kidnapped K.

K., who requested that Insider not publish her full name due to privacy concerns, said that it was only after reading about Angelique’s experience that she began to think that she was “lucky something didn’t happen to me.”

“It made me think about all the times I was alone in the hotel and what could have happened if I was in the shower in the room by myself when the person who said they were housekeeping showed up in the middle of the night,” K. told Insider.

“As a woman and especially as Black woman you always think about how you could be kidnapped,” she added.

K. echoed what experts often note.  When Black women go missing, their cases often go “unreported or underreported.” She cautions that “makes them a target for people who want to do malicious things and think no one will care.”

Angelique, on Twitter, said the experience has been “triggering,” particularly since she knows people who’ve been affected by sex trafficking and because she’s been receiving death threats since posting about the alleged incident.

Her thread has inspired renewed caution among women, especially those traveling alone. Many are sharing links to door stoppers and other safety devices and urging women to take added precautions wherever they stay.

“Maya’s story made me realize things could have potentially been a lot worse than I could have imagined,” K. said.

Wankenge said she hopes that Maya Angelique’s story will not only lead to an investigation into Cambria and other hotels, but that it will led to sustained efforts to combat sex trafficking.

“We get covered. It’s a story, but then there’s no type of followup afterwards,” Wankenge said. “There’s no type of law or advocacy, even from our own leaders and communities, beyond the grassroots organizations.” 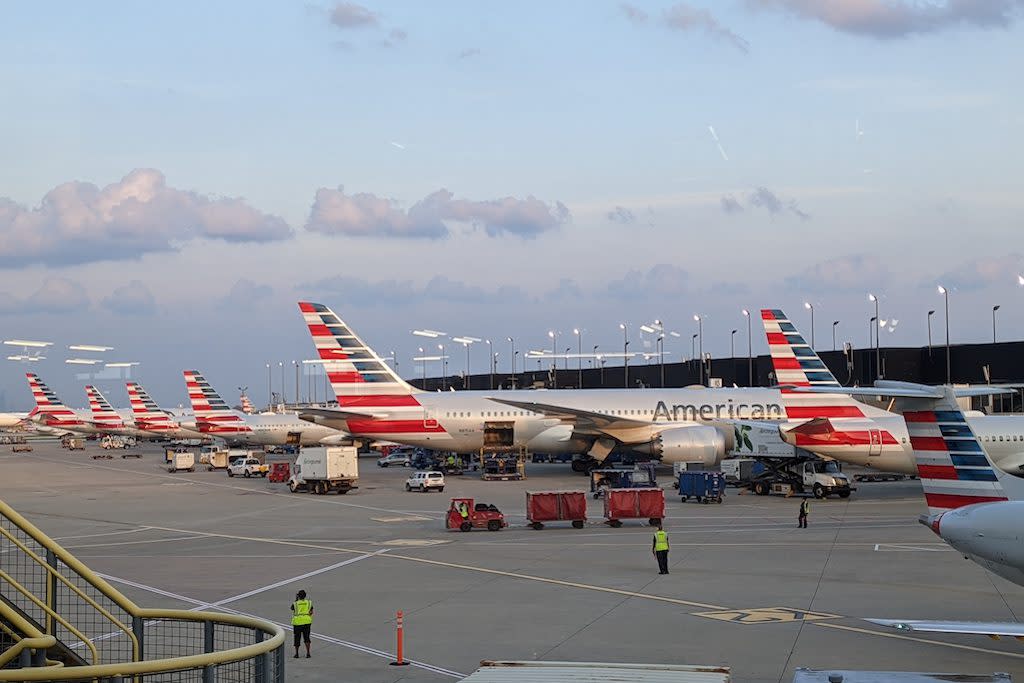