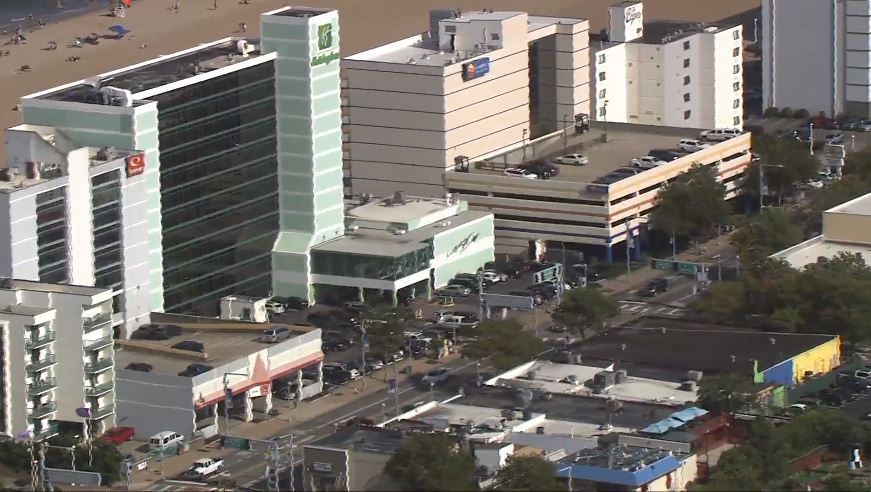 VIRGINIA BEACH, Va. (WAVY) — A federal bill introduced this week is hoping to help hotels recover from the pandemic with government-related travel.

The bill is looking to freeze daily allowances (per diem) provided to federal travelers at their higher, pre-pandemic amounts for the next two years so hotels can receive much-needed pre-pandemic rates from guests.

“We were able to get this done last year, to freeze the rates in the middle of the pandemic. We have a strong optimism that we will get this done this year,” Kaine said.

The per diem rates are set by the General Services Administration which takes into account influences like local hotel prices, occupancy, and rates from previous years.

“If they did that and looked at hotel rates last year, they were incredibly low because of the pandemic and people weren’t traveling. Hotels were giving discounts at low to nothing,” Kaine said.

By freezing rates this year, Kaine says it will be a good thing for not only federal travelers, who need places to stay, but hotels.

John Zirkle says the legislation is the right thing to do because hotels need the money and government-related travelers should be able to stay in safe locations close to where they do business.

“We feel it would help the hotels greatly,” he said. “The GSA would do a two- to three-year look back and take 2020 into account.”

Zirkle says while they’ve seen an increase in leisure and sports-related travel in recent months, they’re starting to see more government travel, which is good because the Hampton Roads economy feels its impact.

Behind leisure travel, Zirkle says government-related travel with not only government employees but contractors is number in in this market due to all of the military bases.

“I think it’s why the area did a little better than some during the pandemic because the government didn’t lay anybody off,” he said.

Receiving the rates at pre-pandemic rates will greatly help their struggling industry which is trying to recover while also seeing increases elsewhere.

“The hotel industry was down 50% last year. They would be lowering per diems when costs would be going up. Labor costs have gone through the roof. Everything from towels, shampoo, and coffee is going up,” Zirkle said.

Zirkle says the legislation would help maintain current per diem rates now and could eventually be risen as more people begin to travel.

While the hotel industry has gotten help through resources like the Paycheck Protection Program and grants, Zirkle says labor shortages is their biggest issue right now.

“Among 72 hotels, we have an upward of 600 to 700 jobs available right now we’re not able to fill. We’re heading into the busiest season this year. It’s slower than years past but it’s busy,” he said.

To read more about the RECAL Act, click here.

Get breaking news, weather, and sports delivered to your smartphone with the WFXR News app available on Apple and Android.