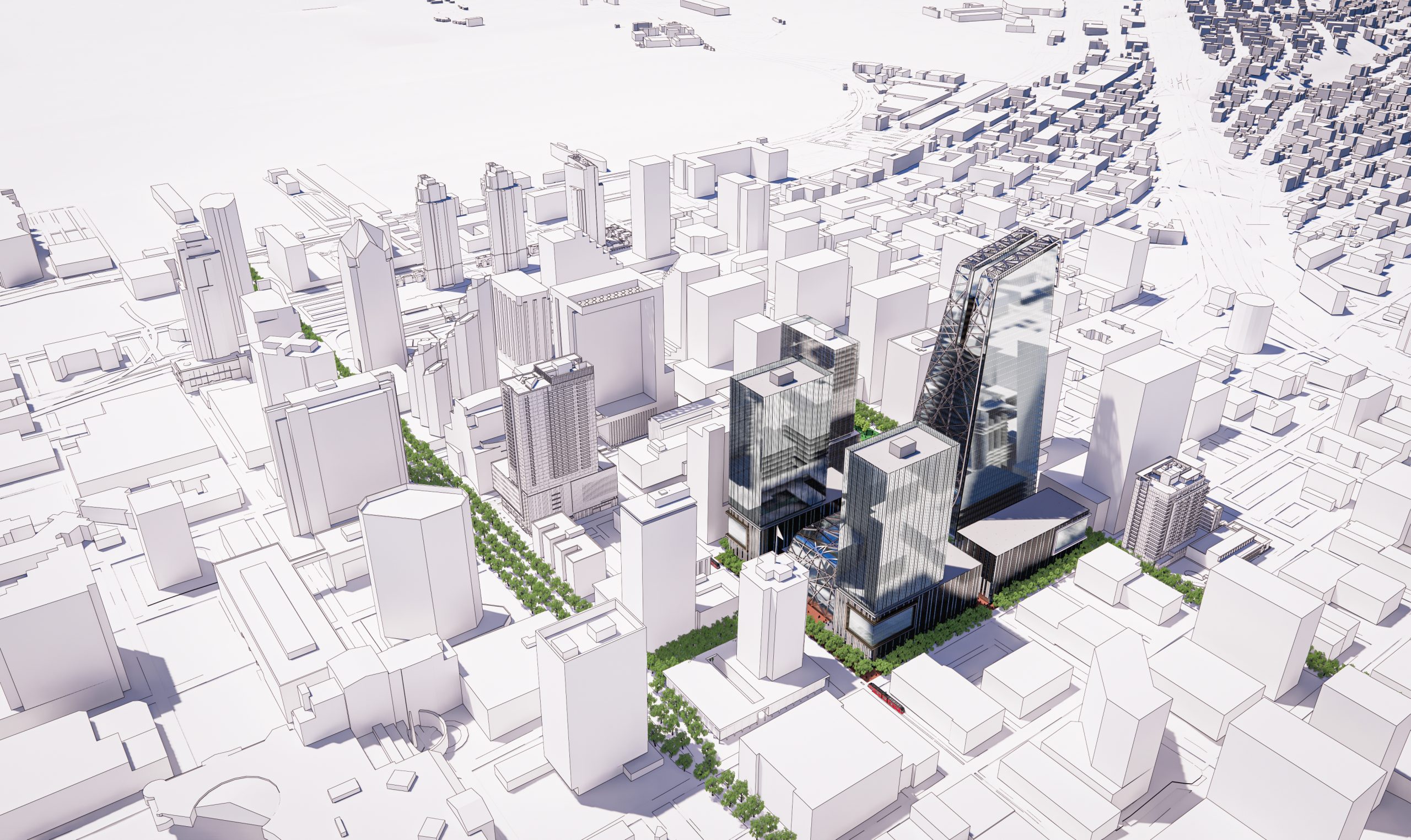 San Diego has moved on from its pursuit of a regional transit station and airport connection as part of a redevelopment of the U.S. Navy’s NAVWAR campus in Old Town – dubbed “San Diego Grand Central.”

Regional leaders have instead settled on a two-part plan that would provide a rail transit connection to the airport in the short-term, and allow them to pursue a large-scale hub for the region’s transit system. That effort is envisioned for the current City Hall complex and a handful of nearby blocks owned by public agencies, including 101 Ash Street, the scandal plagued high-rise the city is in a contract to purchase that it is contesting.

The decision puts an end to one lofty goal Hasan Ikhrata, director of the San Diego Association of Governments, has touted since taking over the organization, but also creates a clear path to a regional priority that has long been elusive: connecting the airport to the trolley.

“We’re working on a common vision for the region by recognizing the opportunity to advance a trolley to the airport on a concept that is, in regional transit terms, on the fast track, say within the next 10 years or so,” said Mayor Todd Gloria, who is also vice chair of SANDAG.

The Navy, meanwhile, will continue to redevelop the obsolete NAVWAR facility, but without SANDAG as a formal partner. Still, the Navy’s preference is for a mixed-use project that would include a new NAVWAR headquarters built around a new transit station, said Caitlin Ostomel, director of public affairs for the U.S. Navy Region Southwest, in an interview.

The airport connection, meanwhile, could break ground in as few as two years, Ikhrata said. He estimated it could be finished in as few as six years, funded by a mix of the $500 million pledged by the San Diego County Regional Airport Authority as part of its Terminal 1 redevelopment, federal dollars from the infrastructure package passed by Congress last year, and state and local revenue. A study from the Metropolitan Transit System last year said an airport-trolley connection was viable within 10 years.

The airport connection would stem from the Port of San Diego’s headquarters on Pacific Highway. A new transit station there would connect to the rental car facility across Pacific Highway, which is connected to the airport terminals by a private roadway. Airport travelers could board an automated people mover from the new transit station, Ikhrata said, which would take them to a space between Terminal 1 and Terminal 2 that the airport has included in its design of the$3.4 billion Terminal 1 redevelopment.

A maintenance yard for the trolley system, and a new headquarters for the Port, would also be part of the new station, on the Port’s 13-acre property.

“The most important thing to me is just that we are going to be getting some type of fixed transit to the airport because, that really is what major metropolitan areas have, and we haven’t had that,” said Catherine Blakespear, SANDAG’s board chair and the mayor of Encinitas. “The plan is to move forward with (an environmental study of the project) and to access federal money when we can get to the point that it’s shovel ready, and this seems like it could be a real thing.”

Ikhrata, though, has spoken loudly and often about the need for a central station for an expanded regional system. But they have now broken his vision for a single project that provided that hub, connected transit to the airport, and built a new NAVWAR headquarters as part of a massive urban development into three separate projects.

Ostomel said the Navy hopes to put out a call sometime this year for developers interested in putting together a more specific project for its mixed-use redevelopment proposal in Old Town. Last year, the Navy released five potential ideas for the 70-acre project area, with visualizations of new buildings that set off alarms among opponents of dense development.

“I think it’s fair to say that when we released those ideas last summer, those computer models of density were very scary to a lot of members of the community,” Ostomel said. “We really heard what the public said, and we said, ‘ya know, we need more detail before we finalize our way forward,’ and that’s what bringing a developer on board would help us do.”

Ostomel said the Navy still wants the project geared around a transit station, but couldn’t say yet whether that would mean relocating the Old Town transit station, or creating another new station.

But Ikhrata’s vision of a mass regional transit station lives on, in the longer-term goal of building it as part of a new civic center downtown. The “Grand Central” terminology, though, could be a thing of the past. Gloria said he preferred calling it the Central Mobility Hub.

That project could include the current Civic Center facility, including City Hall, the San Diego Civic Theatre, and a neighboring building on C Street that is home to a fire house and the city’s development services department. It could also include both Civic Centre Plaza and 101 Ash Street, two properties the city entered into lease-to-own deals on that are now at the center of ongoing scandals over a real estate broker who helped put the expensive transactions together, asbestos exposure in one of them, and city officials’ disclosures of the problems as they unfolded.

“The city has a fair amount of property downtown – we acknowledge that some of it is a little complicated, but that is playing out through litigation, and we’re committed to resolving that. We must,” Gloria said.

“We had strong Council support for a bigger and better vision for this site,” he said, citing a Council meeting last month in which city Chief Operating Officer Jay Goldstone outlined the city’s real estate needs, and began a discussion about ways to solve them.

State law – specifically a law requiring that public agencies prioritize affordable housing whenever they develop public land, the same one that thwarted the city’s first attempt to redevelop the Sports Arena property last year – also makes it easier for the city to provide housing as part of any downtown transit hub that also provides a new City Hall, Gloria said.

The project could also include a neighboring block now owned by SANDAG, which it has worked for years to acquire to provide a stopover facility for the many buses that begin and end their routes downtown. SANDAG leaders also want a new headquarters.

Finally, the state has recently asked developers to propose projects for two adjacent blocks that it owns downtown. Gloria hopes that redevelopment effort could also be part of the project, though he conceded that the state’s process is ahead of the city’s, which could complicate things.

“I don’t want to get too far ahead, because again ultimately that’s the state’s call, but you know, it’s not just a City Hall project,” Gloria said.

That is all what would go above ground at the refashioned Central Mobility Hub, covering a large swath of downtown.

All of the region’s rail lines would converge underground, Ikhrata said, with new subway lines he envisions coming in 80 feet underground, and trolley and bus lines pulling in 40 feet underground. Above that, you’d have retail, housing and office development focused around the new Civic Center.

“This is like the true meaning of what we call a Civic Center, that gives the city a character,” Ikhrata said.

SANDAG is pursuing the airport-trolley connection at the Port property and the Central Mobility Hub downtown as two phases of the same project, Ikhrata said. They would be connected by a direct, underground subway route, he said, and the new maintenance facility would be essential for the scale of the downtown station. The agency will do one environmental review for the two phases, he said.

Late last year, SANDAG indicated it was shifting its focus from a regional transit center at the NAVWAR site, looking instead downtown and at the Port property. It’s now decided: first the Port, then downtown. SANDAG, the Port, the Airport and the city of San Diego have signed a multiagency memorandum of understanding to “develop regional transportation solutions,” said Jessica Gonzales, a SANDAG spokeswoman. “There is no current agreement with the Port as is relates to the redevelopment of their property, but we are working closely together,” Gonzales said.

It’s too early to say how long, even roughly, it could take to build the Central Mobility Hub, both Gloria and Blakespear said.

But estimating a timeframe, Blakespear said, is less important than creating a definitive answer on the region’s approach to major priority, allowing leaders to begin working on it rather than fighting about the best way to answer it.

“I really like the phrase, government spends too much time admiring the problem,” she said. “We recognize that this is a problem, but how do we move beyond the analysis paralysis to work on an actual plan? When it is actually open is, honestly, less important than the reality of being on a path that could actually be accomplished.”

Blakespear said that’s especially true of the decision they’ve made on finally creating an airport-transit connection.

“The analysis paralysis on the topic of transit to the airport – that just seems endemic – and now, there’s a real thing here,” she said. “That’s an actual plan, and that’s the thing that excites me most.” 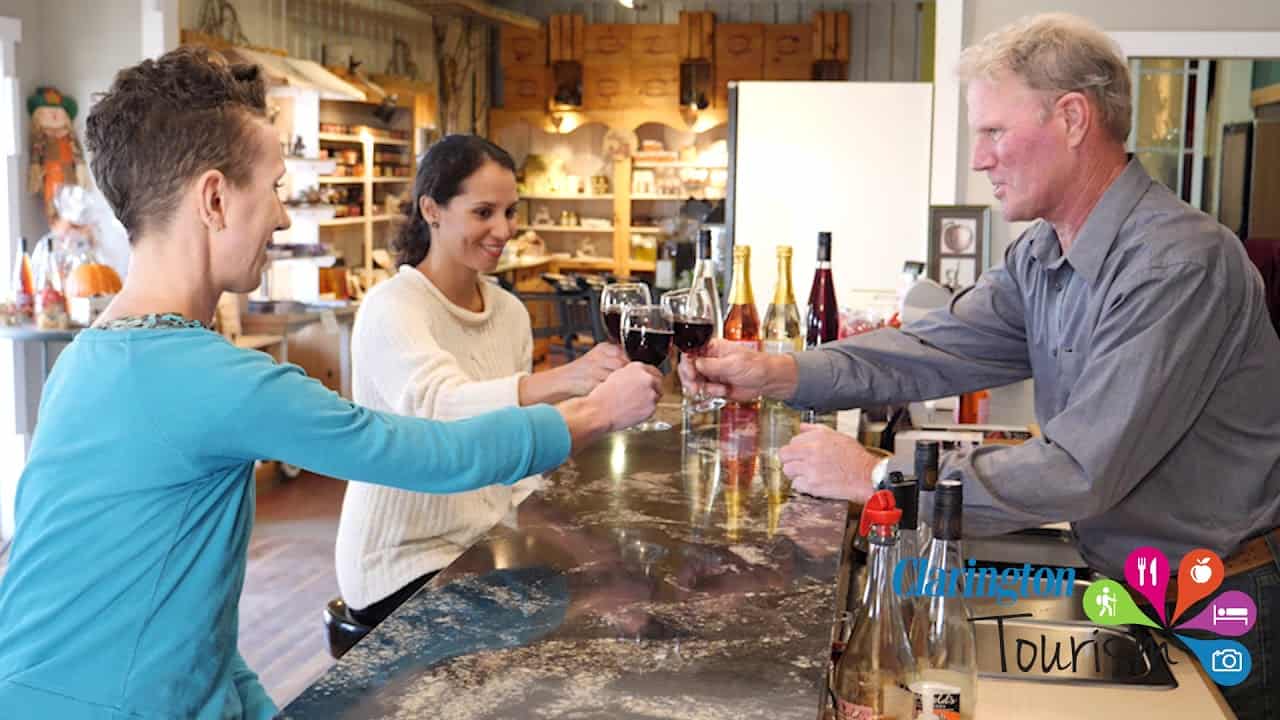 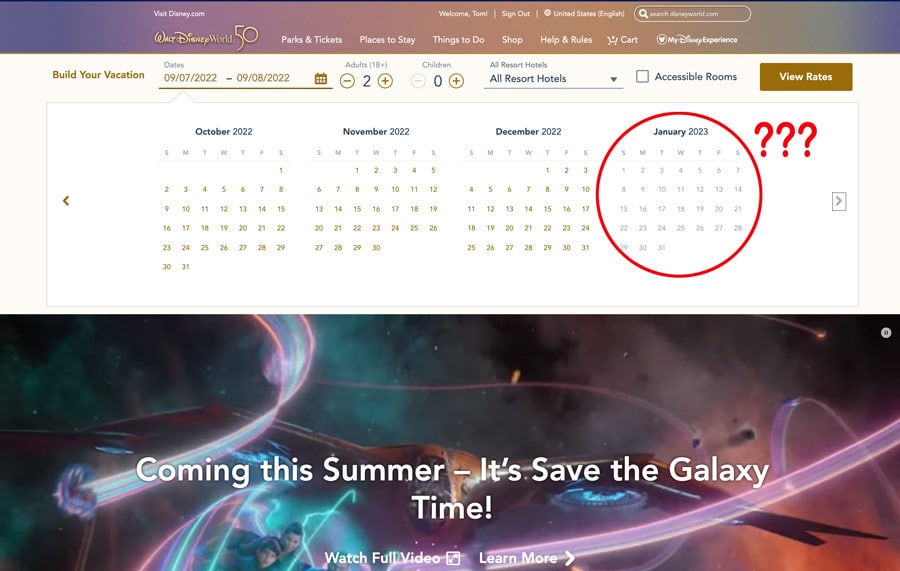 Next post When Can 2023 Disney World Vacations Be Booked?