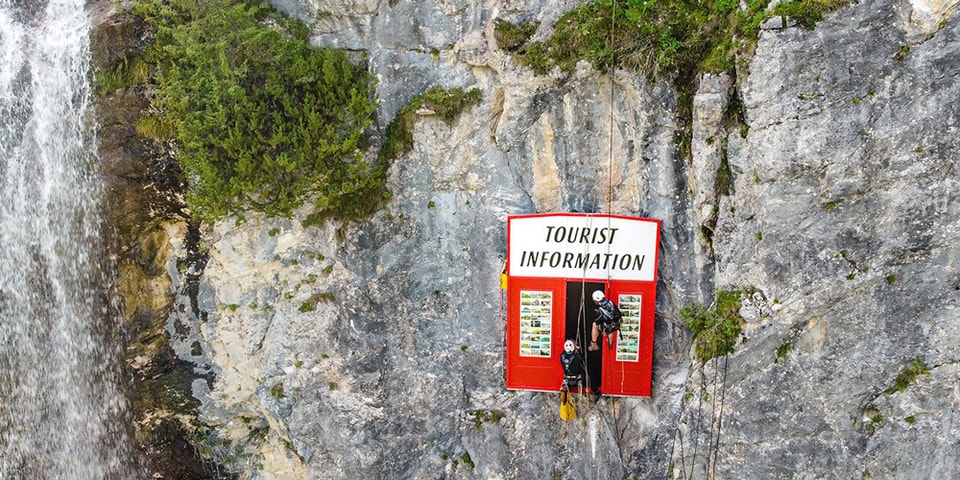 An art installation situated on the facade of an Austrian cliff beside a waterfall will be taken down in September after complaints by hikers that it ruined the view for locals and tourists at the picturesque region. The installation, aptly entitled Cliffhanger, is located at Myra Falls in the Oetscher-Tormaeuer Nature Park. The brains behind the install is an art collective called Steinbrener, Dempf & Huber. The work features a fictitious welcome center with a large red doorway and signage that reads “tourist information” written above it.

Christoph Steinbrener of the art collective added that the installation was meant to be a critique of mass tourism — to poke fun at selfie-seeking tourists. “During the week, there is nearly no one there, and it is really a very nice, romantic place. But at the weekend, it is the complete opposite. You have to stand in line, and it is completely overcrowded. This, for us, is a sign of the times,” Steinbrener said.

The installation was originally realized back in September 18, 2020. The art collective’s mission for the work was to explore how nature is constantly being appropriated by tourism.  “The drastic action taken to maximize profits in natural resorts, sometimes at the expense of the local population and nature, would seem to have at least been interrupted. is this installation perhaps symbolic of this state of affairs? is tourism now beyond many people’s reach?”

Get a closer look at Cliffhanger in the video above and then head to Steinbrener, Dempf & Huber’s website to view more art projects.

Elsewhere in art, Banksy may soon have to reveal himself as a desperate measure to secure his trademarks. 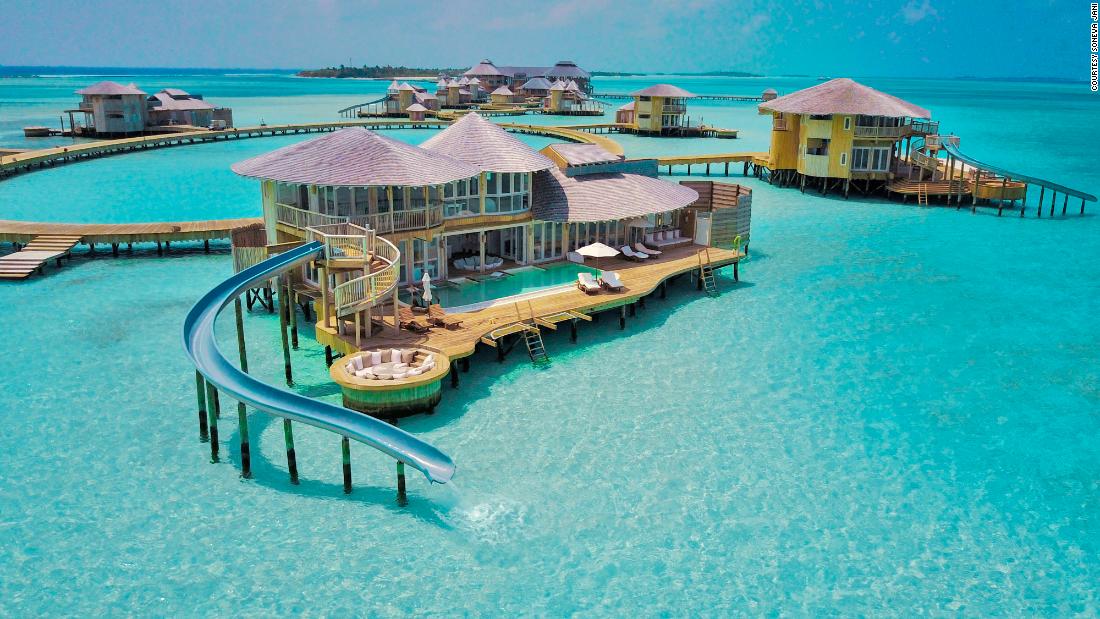 Next post How one PA lawmaker billed taxpayers $1.8 million in expenses