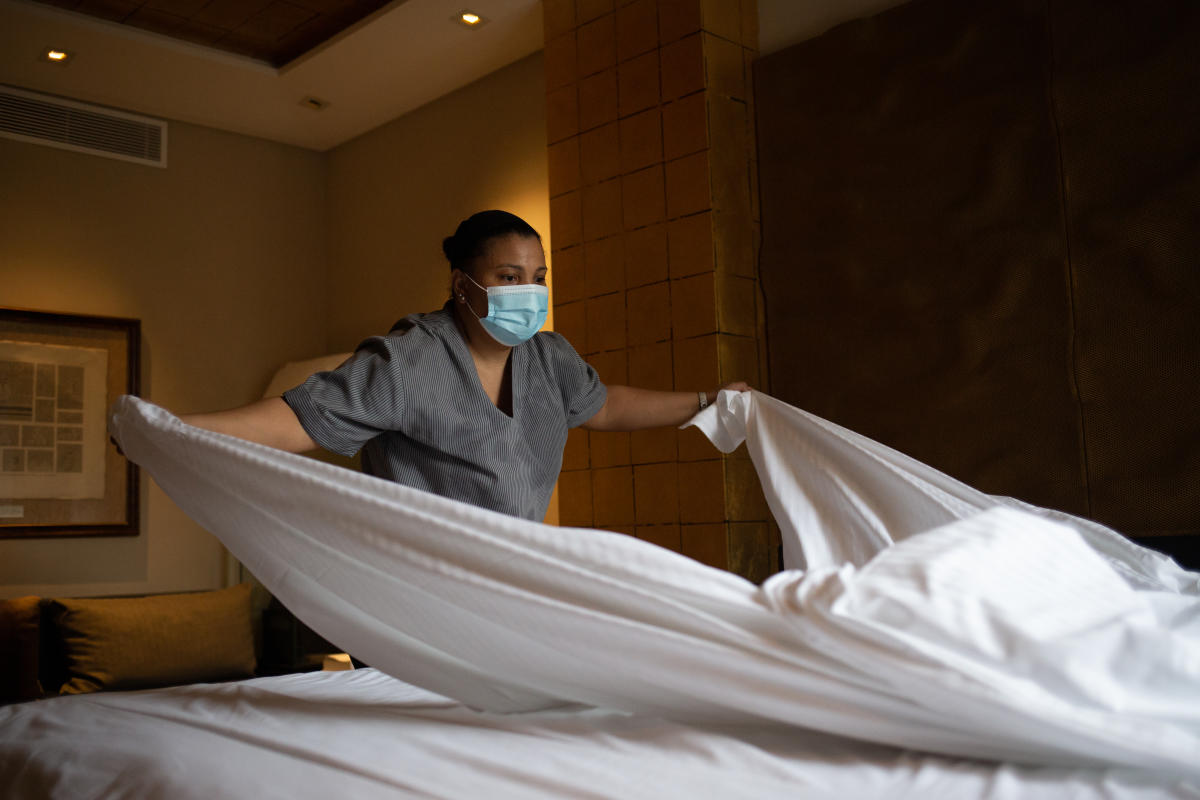 After laying off or furloughing tens of thousands of employees during the height of the pandemic, the hospitality industry is struggling to find staff during the peak summer travel season.

A recent survey of 500 hoteliers by the American Hotel & Lodging Association (AHLA) found that 97% of its members reported being understaffed with 49% classifying themselves as severely understaffed.

The anticipated surge in “revenge travel” for the summer has created a challenge for the industry that has lost workers to other industries. Some hotel operators in the survey reported hiring about 23 new employees per property, but they’re still trying to fill another 12 positions. Overall, there are more than 130,000 positions open nationwide, according to AHLA.

In June, job growth in the leisure and hospitality sector continued to rebound with a gain of 67,000 jobs, according to Labor Department. The sector is still down by 1.3 million since February 2020.

Two of the world’s largest hotel chains are having trouble with rehiring after laying off their workers in 2020 due to the pandemic.

Meanwhile, the headcount at Hilton Worldwide Holdings Inc. (HLT) also plummeted from 173,000 employees at the end of 2019 to 142,000 at the end of last year across the company’s owned, managed, and leased hotels as well as its corporate offices.

Both hotel chains reported that the furloughs, reduced schedules, and elimination of positions, which were common throughout the hotel industry, affected their ability to retain staff.

Last month at the Goldman Sachs Travel and Leisure conference 2022, Marriott CEO Tony Capuano said that the industry had some “repair work” to do on its reputation among prospective workers. “This is something the industry needs to come together to remind that workforce that it’s a terrific industry,” he added.

Hilton similarly noted that the labor shortages stemming from actions taken during the lockdowns might impact its business. “Some hotels have faced challenges restaffing to pre-pandemic levels, which may negatively affect hotel results, guest experience and loyalty,” the company stated in its annual report.

Hotel operators and industry groups are taking steps to address the talent gap, including rethinking their recruitment strategies, increasing pay, and making operational tweaks, among other steps.

Data from AHLA shows that nearly 90% of operators have increased wages while 71% are offering greater flexibility with scheduling and 43% have expanded benefits.

For Marriott’s part, the company said it “enhanced our recruitment and retention efforts and increased compensation where needed to maintain competitiveness.”

Although the current labor shortage is acute, it’s not a new issue for the industry. The hotel sector has been dealing with staffing issues prior to the pandemic. As a result, some hotels have incorporated robots to help short-staffed hotels.

“It’s all about providing a quality guest experience, right?” Fugolo said. “I think there’s explorations to integrate technology…certain organizations do mobile check-in, for example. It’s a delicate balance, but at the end of the day, it’s about providing that quality guest experience. Who knows what the future may hold, but for now we really believe in the power of people and that guest service.”

Read the latest financial and business news from Yahoo Finance

Download the Yahoo Finance app for Apple or Android