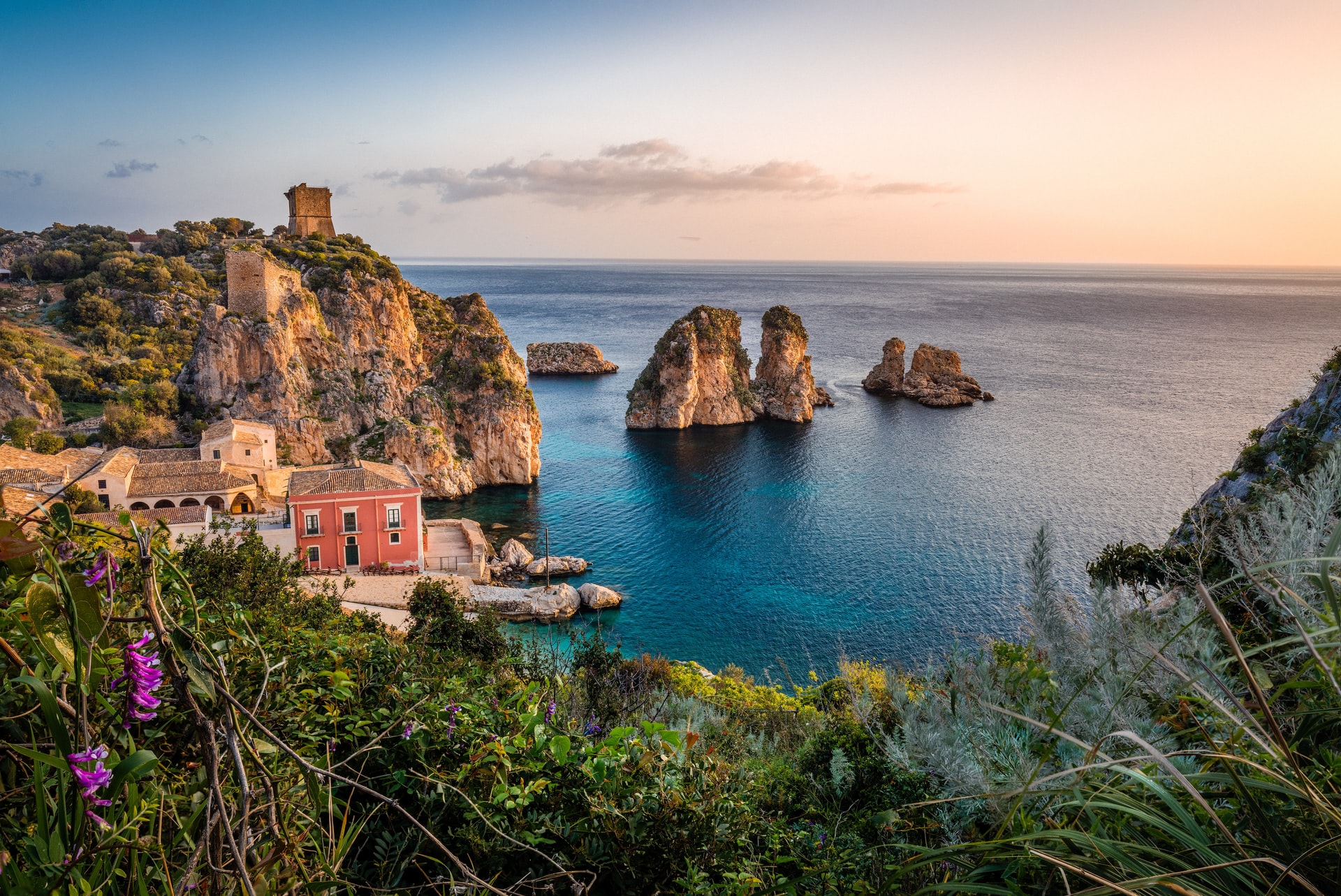 Adam Hay-Nicholls shirks the popular eastern side of this large Italian island for the lesser explored but culturally rich west.

La Tonnara di Scopello, a hostelry on the shore in remote northwest Sicily, is exactly the kind of place to which Matt Damon might escape come the end credits of a Jason Bourne movie.

Set in a private cove, this stone and rose-hued auberge began as a 13th century tuna-processing plant. Fear not, the fishy whiff has long since dispersed (even though it was still operating as recently as 1984). The candlelit apartments are monastic and a vending machine serves as the hotel’s restaurant, but the windows open onto a view that is truly cinematic (it did, in fact, host Brad Pitt and Catherine Zeta Jones on screen in Oceans 12). Facing the azure and turquoise Gulf of Castellammare, it’s protected by a crescent of cliffs and tall, jagged rocks. Leave the shutters open and listen to the waves crashing all night. I’ve stayed in my fair share of seductive hotels and I would cite this as the the most romantic. 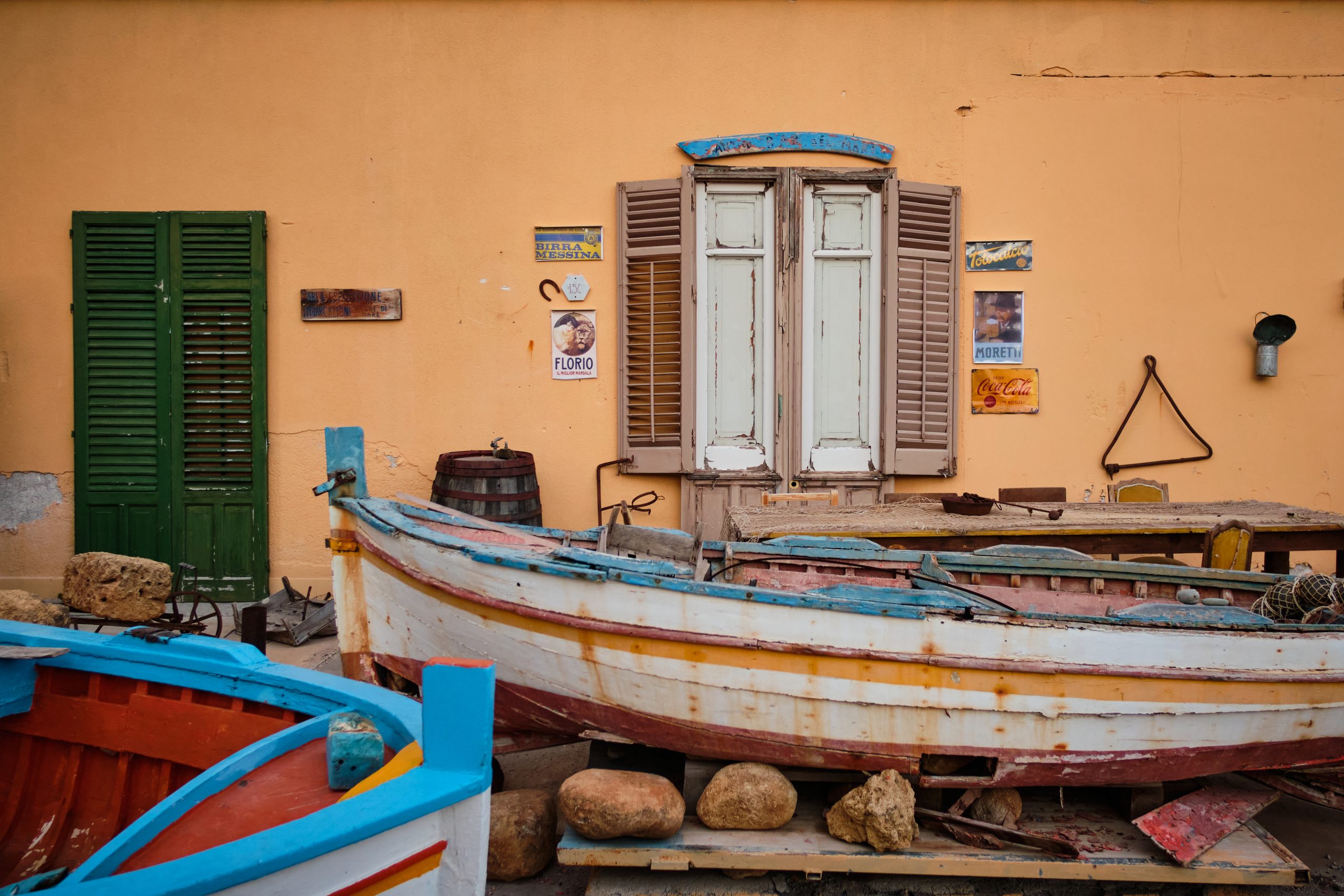 One might never have found Scopello were it not for Alberto Ciarallo, who quit his job in the City of London to pursue his ardour for Sicilian history, architecture and food, utilise his local black book, and establish a bespoke tour company, Cognoscenti Travel. Our small group trip would shirk the popular eastern side of this large island for the lesser explored but culturally rich west. 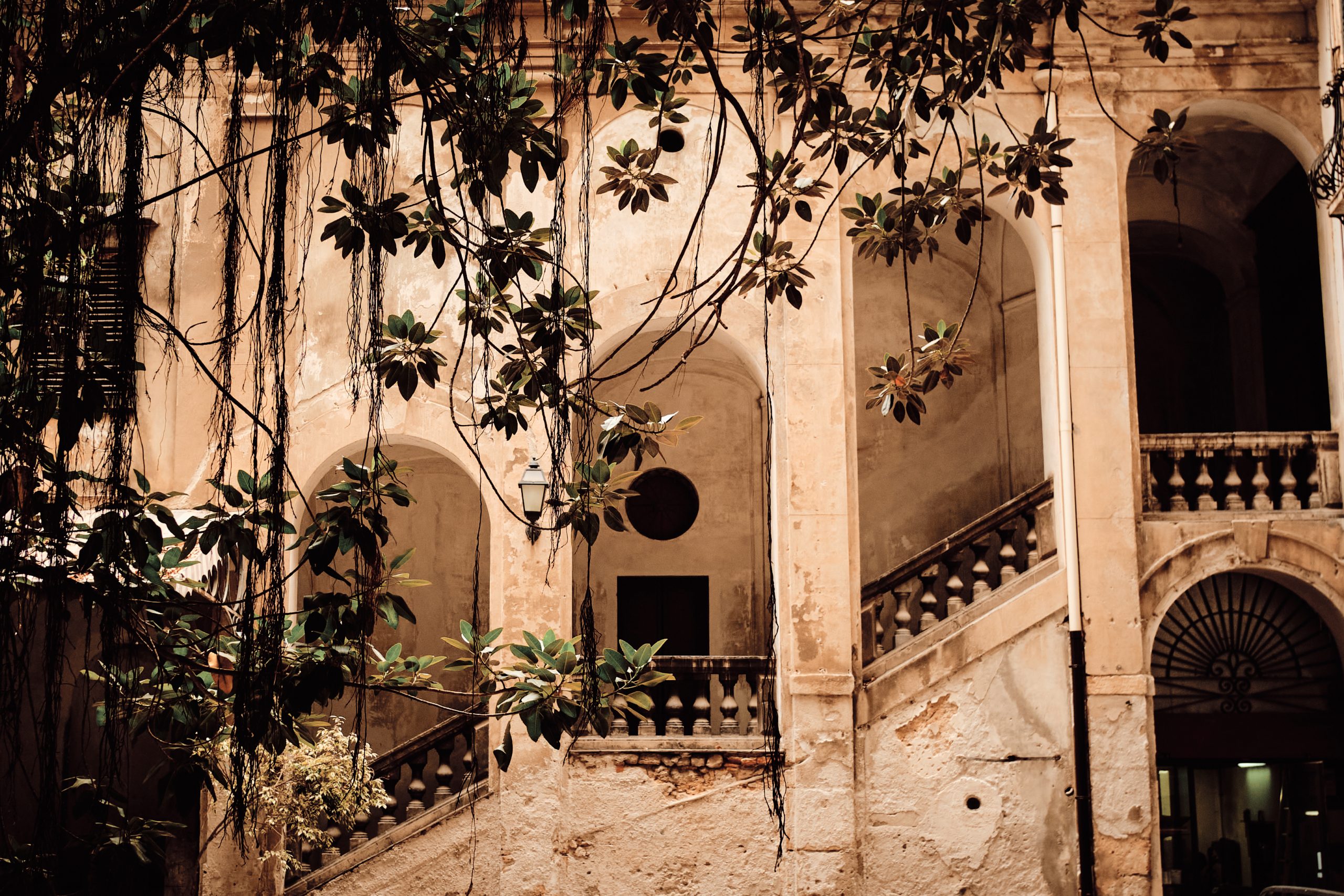 Palermo, Sicily’s capital, was the starting point, with Alberto having arranged a private tour of the city’s most decorative noble home, the Palazzo Francavilla, which overlooks the Teatro Massimo opera house (The Godfather Part III, if you’re still ticking off movie references). I indulged in an eating tour of the streets, feasting on sfincione (spongey onion pizza) and a cone of frittula (offal fried with saffron and a squeeze of lemon) in the Mercato del Capo. Dessert was… Well, it’s Sicily, what do you expect? As Mario Puzo wrote: ‘Take the gun, leave the Cannoli.’

The mafia battered this town between the 1970s and mid-90s. Before then, our palatial turn-of-the-century hotel, the Villa Igiea, drew the world’s most glamorous guests, including Burt Lancaster, Maria Callas, Rainier and Grace, Garbo, Onassis and Sophia Loren. It grew tired and forlorn as a Hilton before being relaunched last year by Sir Rocco Forte. Once again, it’s Palermo’s most sought-after address.

The legacy of the Cosa Nostra is in evidence as we pass a memorial beside the Autostrada A29 near Capaci, en route to Scopello. It marks where, on May 23, 1992, mobsters planted 400kg of plastic explosives and blew up the anti-mafia prosecutor Giovanni Falcone along with most of the highway. That was the key turning point for modern Sicily. 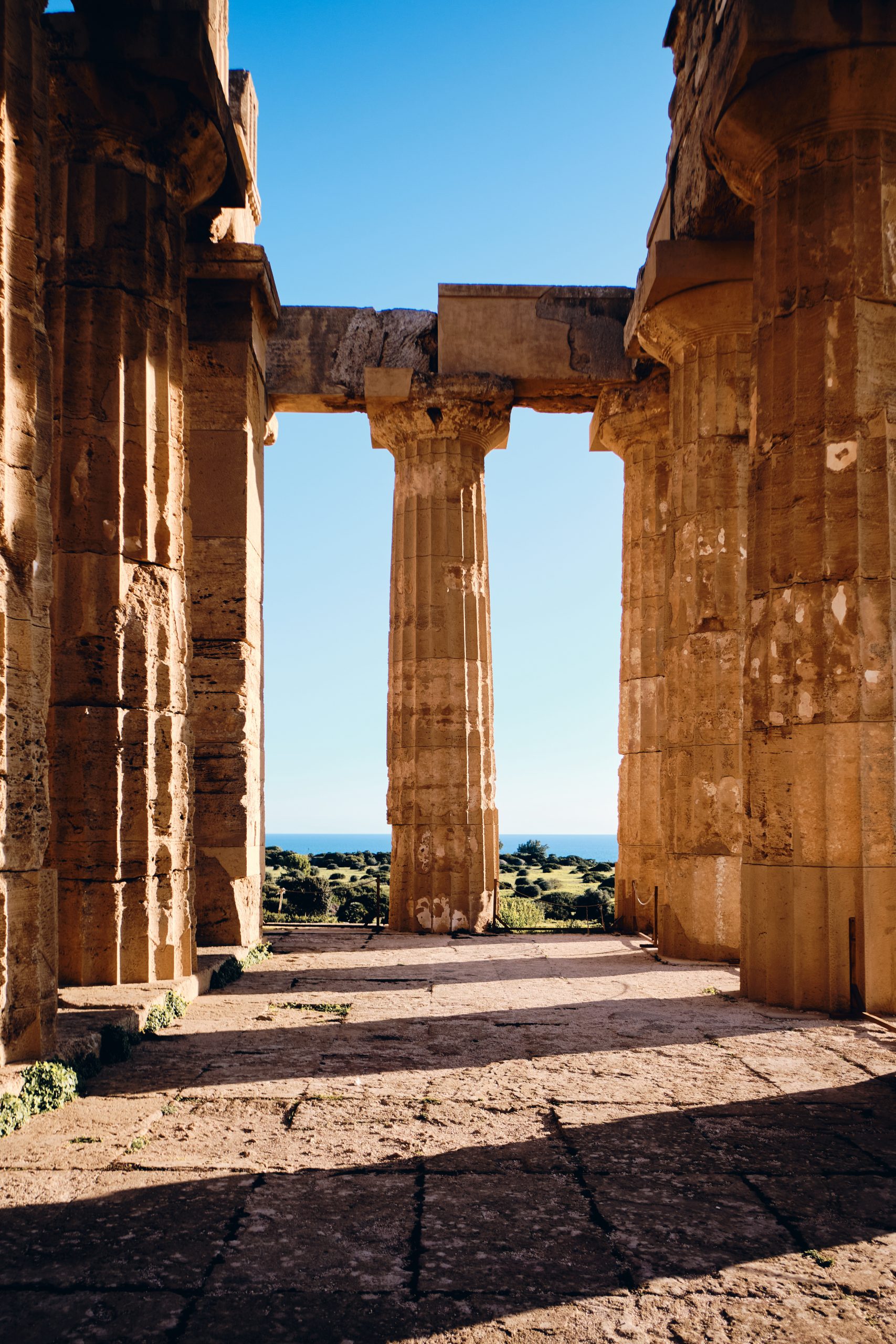 Meanwhile ancient Sicily is best appreciated by heading to Agrigento and Mazara del Vallo; the latter is home to a Moorish kasbah and the Dancing Satyr, an ancient Greek bronze statue which spent over 2,000 years under the sea and is remarkably preserved. It was discovered off the coast here in 1998 in the nets of a fishing boat. An hour-and-a-half’s drive southeast, Agrigento was a leading city of the Magna Graecia 2,500 years ago. It is home to seven monumental Doric Greek temples.

Wine and cuisine are enduring elements of Sicily’s civilisation, and it would be remiss not to indulge. Fluffy arancini balls; oily caponata with breadcrumbs (the Sicilians love breadcrumbs almost as much as they love olive oil); raw red prawns (Mazara del Vallo’s are considered the best in the world); sardines stuffed a beccafico with pine nuts and raisins (and breadcrumbs); and plentiful fresh pasta. 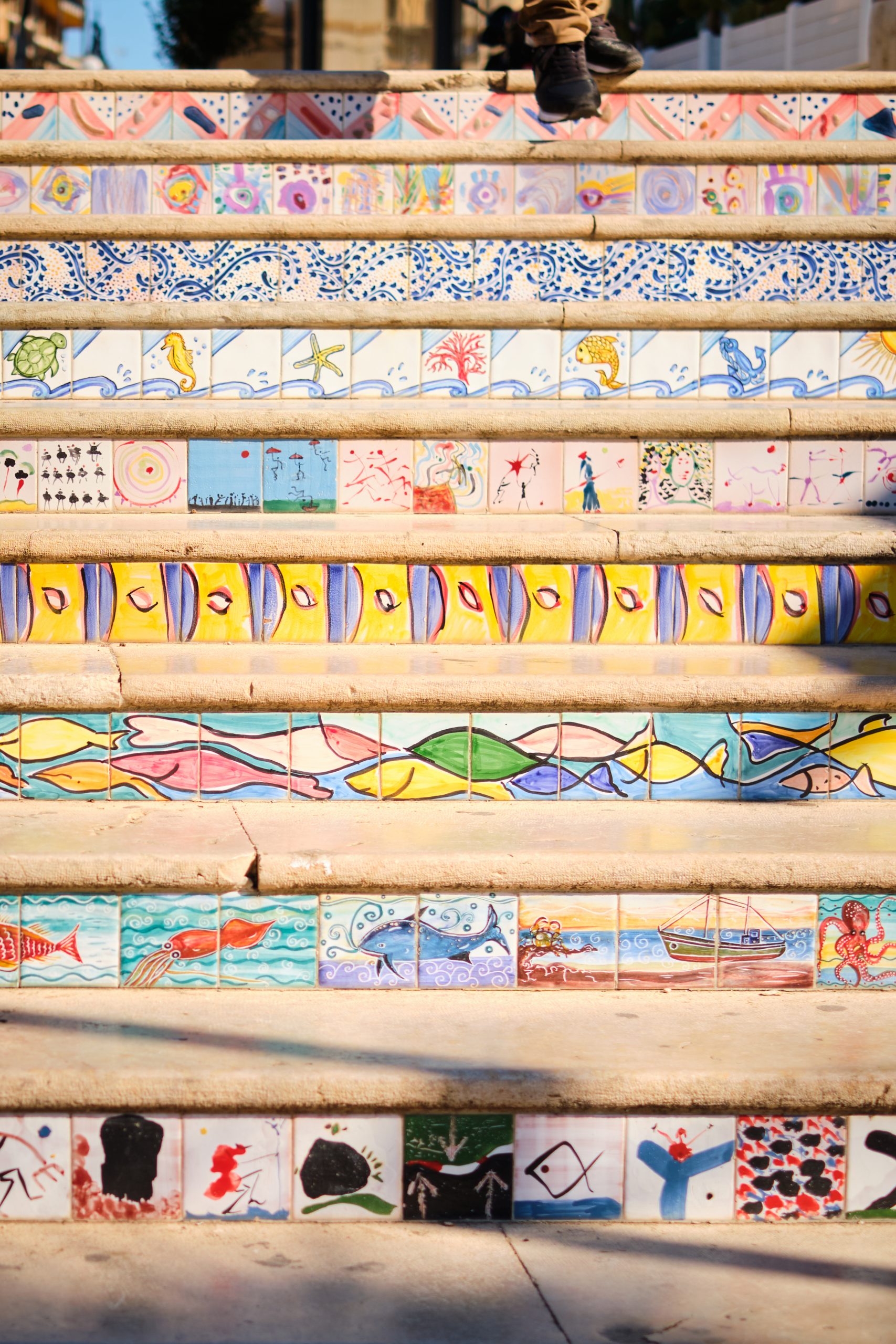 From our base at the Momentum bio-resort near Selinunte, overlooking olive groves, we visit Donnafugata, one of Italy’s finest vineyards. Most notable: their full-bodied Mille e una Notte. Looking at the price in Berry Bros afterwards, Donnafugata hosted a most generous tasting. We encountered fabulous seafood feasts everywhere we went. The most convivial meal was at Alberto’s country home, dished up by his charming American wife, Ornella. We were joined by the affable Roberto Curatolo and quaffed his family’s famed product, masala—the fortified local wine.

Tremendous libations, gastronomy, historic sites, pride and passion. Most of all it was the warmth and generosity of the Sicilians which really shone.

Adam’s trip was curated by Cognoscenti Travel, specialists in bespoke luxury Sicilian holidays with an emphasis on history, culture, nature and cuisine. 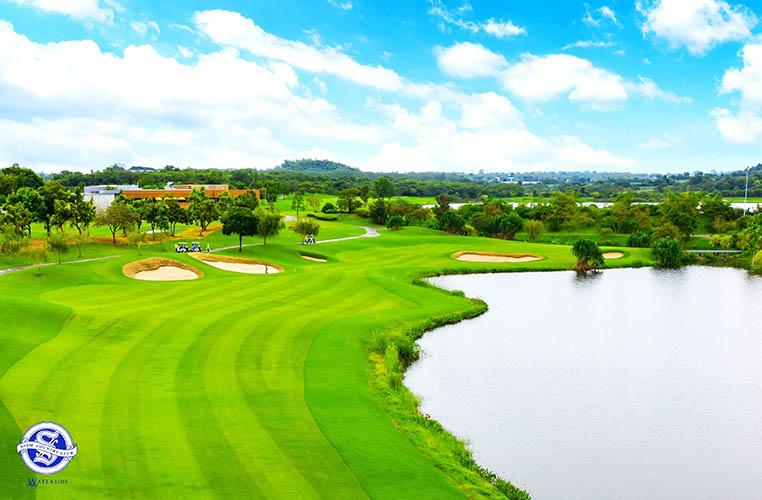 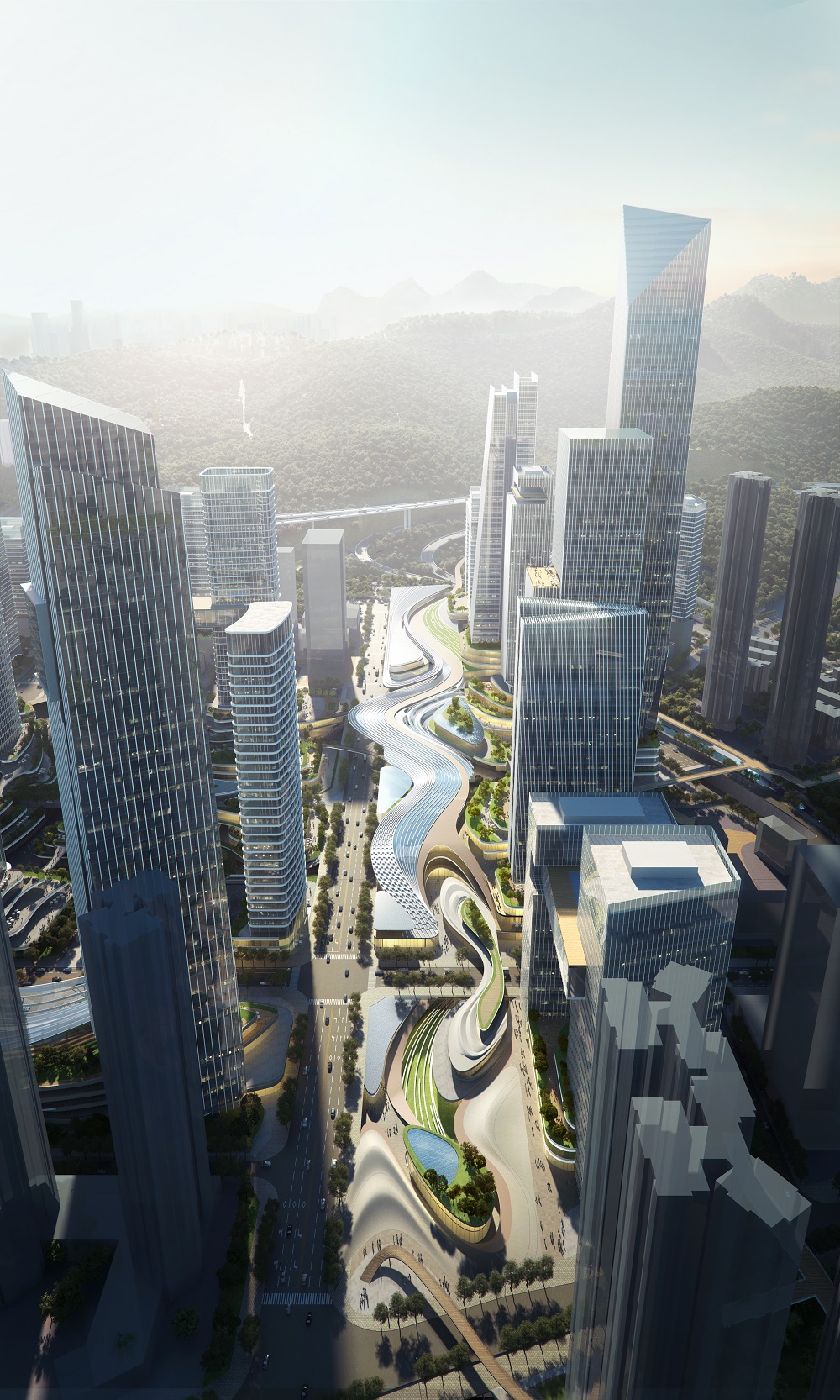