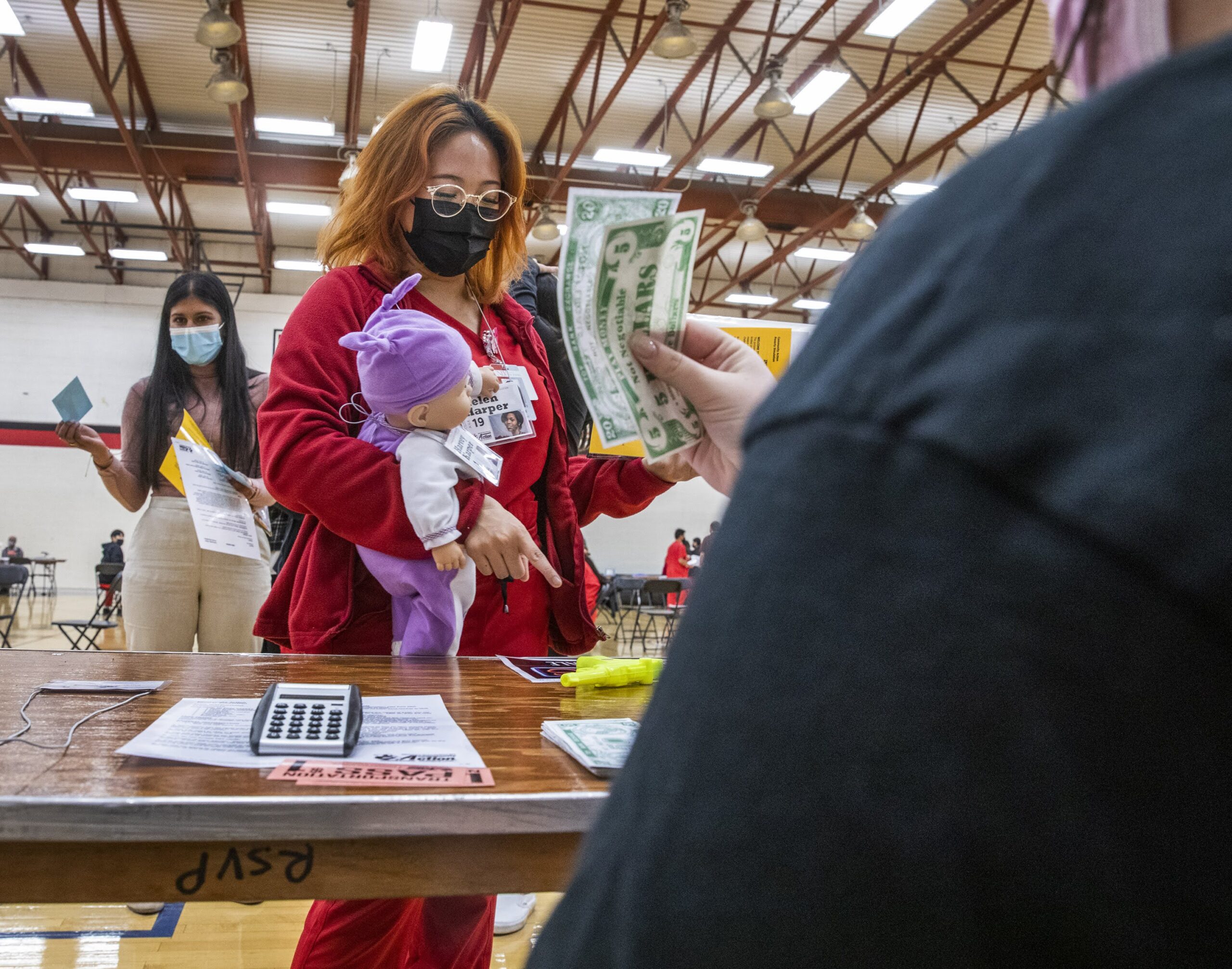 Seeking out health care is often secondary to survival for people living near the poverty line, UNLV students learned firsthand while participating in a simulation earlier this month.

Groups of first and second-year medical students sat at the center of a gym at UNLV on a recent Saturday, surrounded by tables with labels such as child care center, payday loan business and transportation center. When a buzzer sounded, they began a role-playing exercise aimed at helping them understand the realities facing the estimated 12.5 percent of Nevadans who live in poverty.

In four 15-minute time slots, with each segment accounting for one week of life experience, students learned why people living in poverty face an increased risk for chronic disease and premature death.

“I think it provides an opportunity to build empathy,” said UNLV first-year dental student Trevor Holloway, who began the experiment as a father of two with no income and was evicted from his home during the simulation.

Medical students at UNLV are required to attend the annual poverty simulation workshop to understand how health care factors into different people’s lives. Patients living in poverty with complicated personal situations may not have the means to adhere to treatment plans, for example, let alone have the ability to prioritize health care at all.

“It’s not necessarily that the individual is insubordinate or not willing to comply with the plan – they might not be able to do so,” said Nick Burpee, a first-year medical student who was robbed during the simulation and said health care became a low priority for him behind seeking food and shelter.

In an interview, he called for a holistic approach to care, taking into account a patient’s background, financial status, home life and family stability. Knowing a patient’s circumstances allows space for providers to become a resource beyond treating disease, which can increase compliance with health plans, he said.

Formerly called the “welfare simulation,” the live-action advocacy event has its roots in the 1970s and has been implemented by organizations nationally to help people better understand the myriad difficulties facing people living in poverty. Initially, UNLV offered it to nursing students, but has since expanded the scope to include medical and dental students.

Each participant or group was assigned the same set of goals for their simulated month, which lasted for an hour of real time. Those included securing housing, buying the required amount of food each week, keeping up with utility payments and keeping school-age children in school.

“Right off the bat, bad luck after bad luck was happening,” Holloway said about his immersive experience. “I was put into a family of five, and I was the father who had lost his job.”

A medical professional was available during the simulation, but few participants ever got around to visiting the clinic as they juggled a variety of problems — and many later received notice that their health was declining.

Madison Elmer, a first-year medical student, played a child who had to witness her assigned parents struggle to survive without having the opportunity to help them. After being left home alone by her pretend parents, Elmer was taken to juvenile jail.

She said her own experience as a child was nothing like the simulation, because her family was well-off and did not have to worry about finances.

“It was definitely one step at a time, just trying to get by each week, which personally I never experienced,” she said.

By the second week, she was already noticing the unpleasant differences between her experience and her character’s.

“When I got home from school it was talking about bills, talking about what we were going to do, planning for the next thing,” Elmer said.

In addition to faculty and volunteers staffing the simulated bank, homeless shelter and jail, there was a thief lurking around, stealing money and possessions from participants and proposing illegal schemes to earn money.

“By the end of the month, they usually come to find me and ask if the money-making opportunity still exists,” said Spencer Faught, the UNLV nursing student and EMT who played the thief.

Jennifer Young, the director of community engagement at UNLV’s Kirk Kerkorian Medical School, said activities like the poverty simulation help prepare first and second-year students for their fourth year in the clinical space. She explained that students need a strong understanding of the social determinants of health, such as socio-economic status, education level and place of residence.

Young said the simulation can also underscore the health disparities seen during the COVID-19 pandemic. People living in poverty were disportionately affected by the coronavirus, especially with higher rates of illnesses already existing in low-income populations.

A nursing student told Young that during the first “week” of the simulation, he was confident that he could be successful. But by week two, he already started to feel like everything was stacked against him and wanted to give up.

Another student reported feeling like there wasn’t enough time in the day to handle tasks, while others admitted they felt hopeless during the exercise. Jobs, benefits, assistance and community services were difficult to obtain because of long distances that required participants to take the bus, limited operating hours, application deadlines and scarce resources – mirroring real life.

Other students said that long lines and the need for bus passes were a great hindrance – revealing how important reliable transportation is. When asked how much a bus pass cost, not a single student in the group with Young knew that a monthly bus pass in Nevada cost $65.

Minnie Wood, the director of clinical and community partnership at the UNLV School of Nursing, said all of this plays out in the experiment “to [show] firsthand the challenges of qualifying for social services, of not having paid leave so that you can stay home with a sick child, of not having a robust public transportation system.”

During the first simulated week, many students gravitated toward the pawnshop and payday loan business, where they sold belongings and sometimes got frustrated with their small returns. They also went to the transportation table to buy bus passes, which they needed each time they had to seek out social services.

At the start of week two, facilitators gave out overdue rent notices to families, one child went to juvenile detention for bringing a gun to school and no one had visited the health clinic.

“I feel like all I did was stand in lines for the most part and never got anything accomplished,” one medical student said during a debrief after the simulation.

Week three was designated as “spring break,” so social services and school were closed, leaving participants puzzled and in need of child care, while facilitators issued eviction notices to participants who failed to pay their rent. During this week, students swarmed the grocery store (assuming they had neglected food purchases for the first two weeks or had received welfare or food stamps from social services), as well as the employer table and homeless shelter, while action at the pawnshop and payday loan business had died down.

An alert went out the final week to participants who had health or nutrition issues, warning them that their physical condition was deteriorating, on top of the situation they were already navigating.

“Where does health care fit into this [condition]?” Young asked.

One student played a 9-year-old girl who became homeless after being left with babysitters who were evicted from their home. With a baby doll in hand, she was also caring for her infant nephew.

While wandering the simulated streets, the 9-year-old and her nephew were taken in by a formerly homeless senior in the workshop. After applying for a housing voucher during the first two weeks, the 85-year-old secured housing for herself, and by the final week, was able to shelter the homeless child and her nephew.

Every medical, dental and nursing student at UNLV gets the opportunity to collaborate in the poverty simulation, which has been organized for the past 10 years by Wood and Jill Racicot, both of the UNLV School of Nursing. Wood said she wants the understanding that students gain from this experience to drive them towards advocacy, arguing that the system is unhealthy.

“Your ZIP code is more important than your genetic code,” Wood said. “Where you live, where you grew up, often determines how healthy you are and how long you live – that exposes great inequities and disparities.”

The workshop helps students understand the way institutions, structures, and policy choices create the system they will work in, according to Wood.

“Our job (as facilitators) is to keep students and this curriculum focused on the big picture,” she said. “Everything plays out in a way that really impacts the people who participate.” 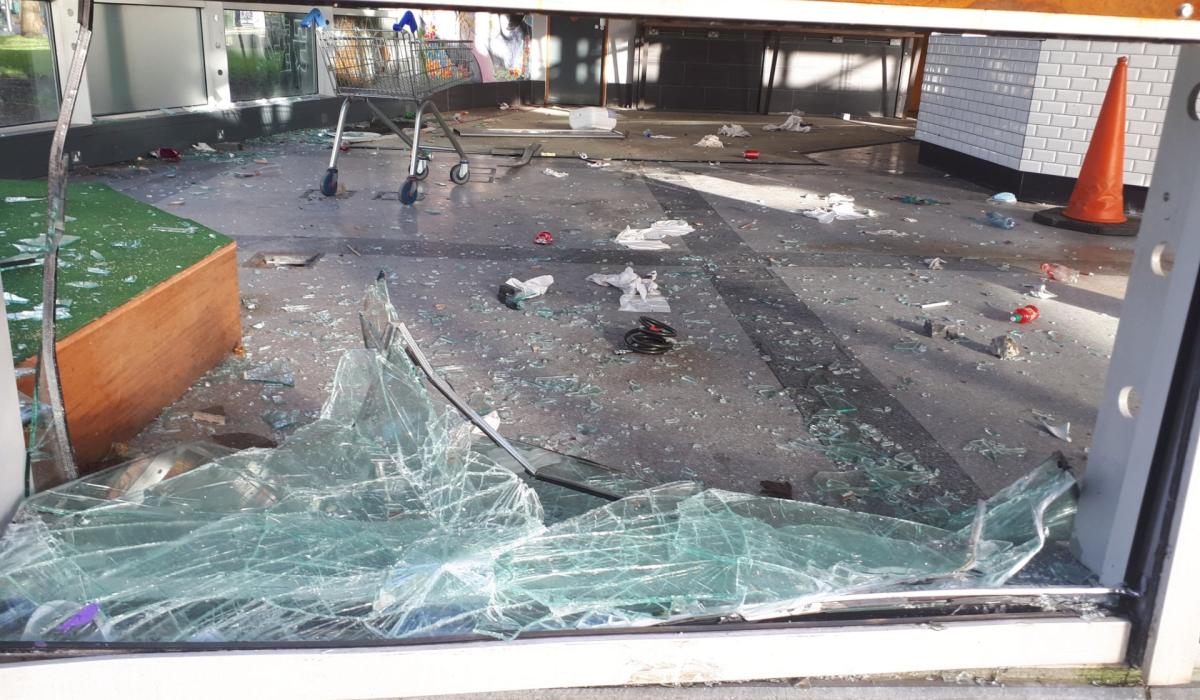