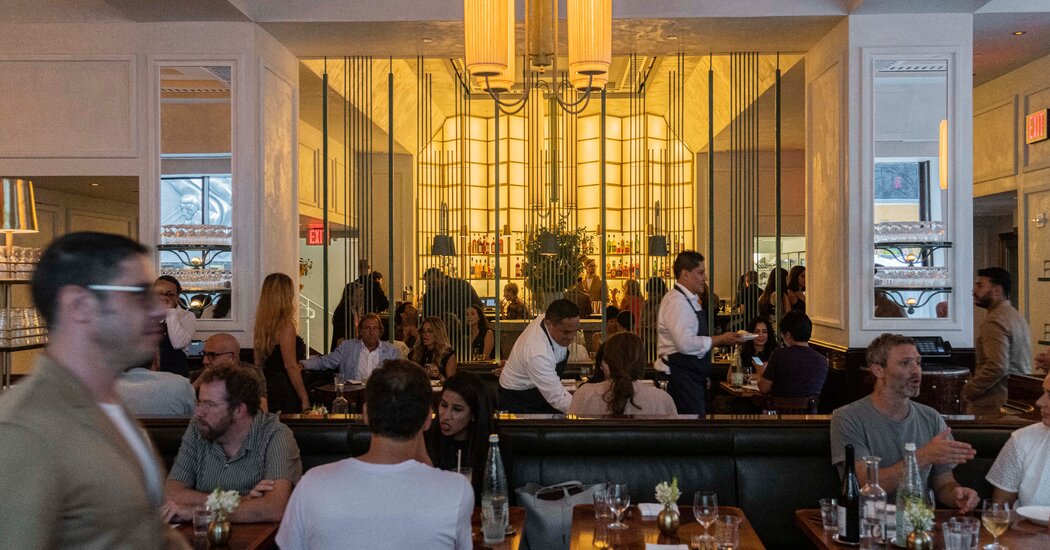 Every few decades, the reset button is pressed on the restaurants in Rockefeller Center. A big year was 1984, with the openings of the Sea Grill and American Festival Cafe by Restaurant Associates. This year promises to be notable as well, with Tishman Speyer, the company that owns and operates Rockefeller Center, continuing to shape the dining scene. A major addition is Le Rock, Lee Hanson and Riad Nasr’s grand interpretation of a French brasserie. (Mr. Hanson and Mr. Nasr, veterans of Balthazar, own Frenchette in TriBeCa and have Le Veau d’Or on the Upper East Side in the wings.) With Workstead, a Brooklyn interior design studio, they have incorporated enough Art Deco features to anchor the soaring room to its historic setting. A verdigris screen separates the bar, terrazzo floors are new but don’t look it and bare burled wood tables sit at forest-green leather banquettes. Mr. Hanson and Mr. Nasr have to fill 130 seats indoors with another 70 on the terrace, and, to do so, especially with a potential tourist audience, they have given an international spin to the menu. “We’ve gone simpler than Frenchette, which has its own personality,” Mr. Hanson said. Mr. Nasr cited some classic brasserie items, like leeks vinaigrette, escargots, pâté maison and steak au poivre (made with bison). They share a menu, divided into Cette Semaine (weekly specials) and Tout le Temps (every day), which also lists falafel, a brochette of calamari and shishito peppers, and barbajuans, a kind of fried ravioli. Some items play it coy, using untranslated French names, like tablier de sapeur (breaded tripe) and cervelle de canut (fresh herbed cheese). In charge of the kitchen as executive chef is Walker Stern, a former owner of Battersby and Dover in Brooklyn. Mariah Neston is collaborating with Michelle Palazzo, the head pastry chef, on site to create a giant baba au rhum carved tableside. Dinner gets things rolling, with breakfast, which they do not serve at Frenchette, and lunch to follow.

A destination in Washington, D.C., for 20 years, this Eastern Mediterranean restaurant from José Andrés’s Think Food Group has arrived in New York. The name is a take on the Turkish word for olive oil, and the menu emphasizes Greek, Lebanese and Turkish fare. The setting was designed by Rockwell Group, with exposed beams, bronze details and sea blue touches throughout. It seats 140. The chef and a partner, Michael Costa, and the head chef, Jose Ayala, feature small plates and mezze, including assorted flatbreads with toppings, typical spreads like tzatziki, dressed and marinated cheeses and cured meats, and a long list of enticing mezzes centered on vegetables, seafood and meat. Some, like a kebab platter, qualify as main courses. Soon, a rooftop bar on the 45th floor, Nubeluz, will open at the hotel. Later this year, an edition of Mr. Andrés’s restaurant the Bazaar will also unpack its bags on the premises.

The executive chef, Geoffrey Lechantoux, who worked in France and in New York at Benoit, is running this restaurant, another signpost that French cuisine is alive and well in New York. The elegant SoHo dining room is done in tones of soft blue and gray, and is owned by a group of four real estate professionals. Mr. Lechantoux’s cooking is fine, with dishes like sole meunière, artichokes à la barigoule, a seafood platter called la grande tour and a flaming crêpes suzette. (Opens Wednesday). 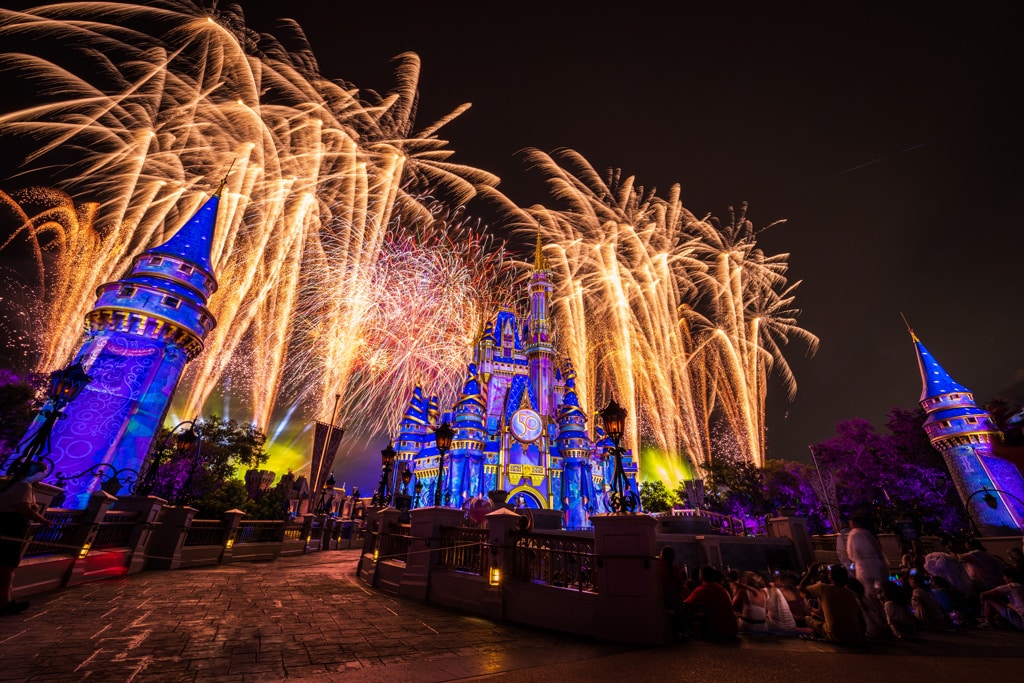