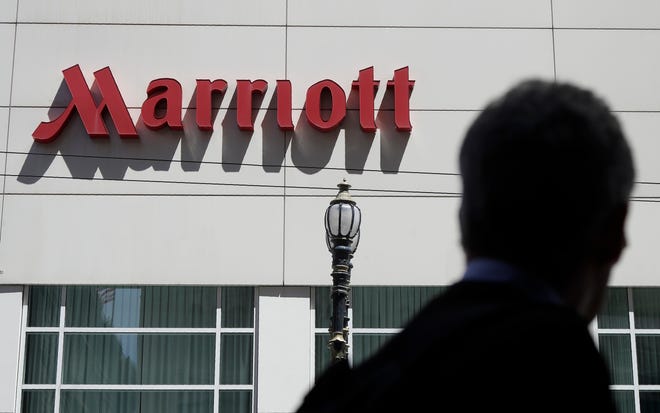 Marriott International is the first major hotel company to formally commit to disclosing its resort fees upfront as part of the total stay price, according to the Pennsylvania Attorney General’s office.

The Maryland-based hospitality company has committed to show the sum of its room rates and all mandatory fees – including resort fees – on the first page of its booking website after reaching a settlement with the attorney general’s office on Wednesday. Changes are set to be implemented within the next nine months.

“Hotels shouldn’t be able to slap hidden fees on top of your bill at the last minute, and thanks to this settlement we’re putting the hotel industry on notice to put an end to this deceptive practice,” Pennsylvania Attorney General Josh Shapiro said in a Wednesday statement.

What are resort fees?

Resort fees – also referred to as “destination fees” or “amenity fees” –  have become a common practice among hotel operators over the past two decades. They have also been a nuisance fortravelers and received backlash from government officials and consumer advocacy groups.

The fees are often not included in a hotel’s advertised rate, and opponents argue that they mislead guests since they are only revealed as customers go through the buying process.

► Think resort fees are too high?:A lawsuit claims the fees made Marriott tens of millions.

The fee, which can be upwards of $40 in major markets, is said to cover additional services such as Wi-Fi, parking or pool and gym access. But many of the standard resort features previously did not carry extra charges, and some were not available under pandemic-era safety protocols.

Marriott’s shift comes after lawsuit filings revealed it made roughly $17 million from resort fees in 2019, the year the District of Columbia Attorney General sued the company for its resort fee practices.

Marriott said Wednesday that its resort and destination fees have “long been” separately and clearly stated, and its agreement with the state of Pennsylvania “further enhances the way resort/destination fees are fully disclosed on our U.S. channels.”

The company will be working “over the next several months” to update the way it displays room rates.

► Resort fees:Congress takes on ‘hidden fees’ at hotels and resorts. Here’s what it could mean for travelers

“American consumers will finally see a change in the way hotel prices are displayed after the Pennsylvania Attorney General took a stand on behalf of American consumers,” Lauren Wolfe, Travelers United Counsel, said in the statement.

“Marriott has stepped up to commit itself to fix this practice and we expect more hotel chains to follow suit,” Shapiro said.