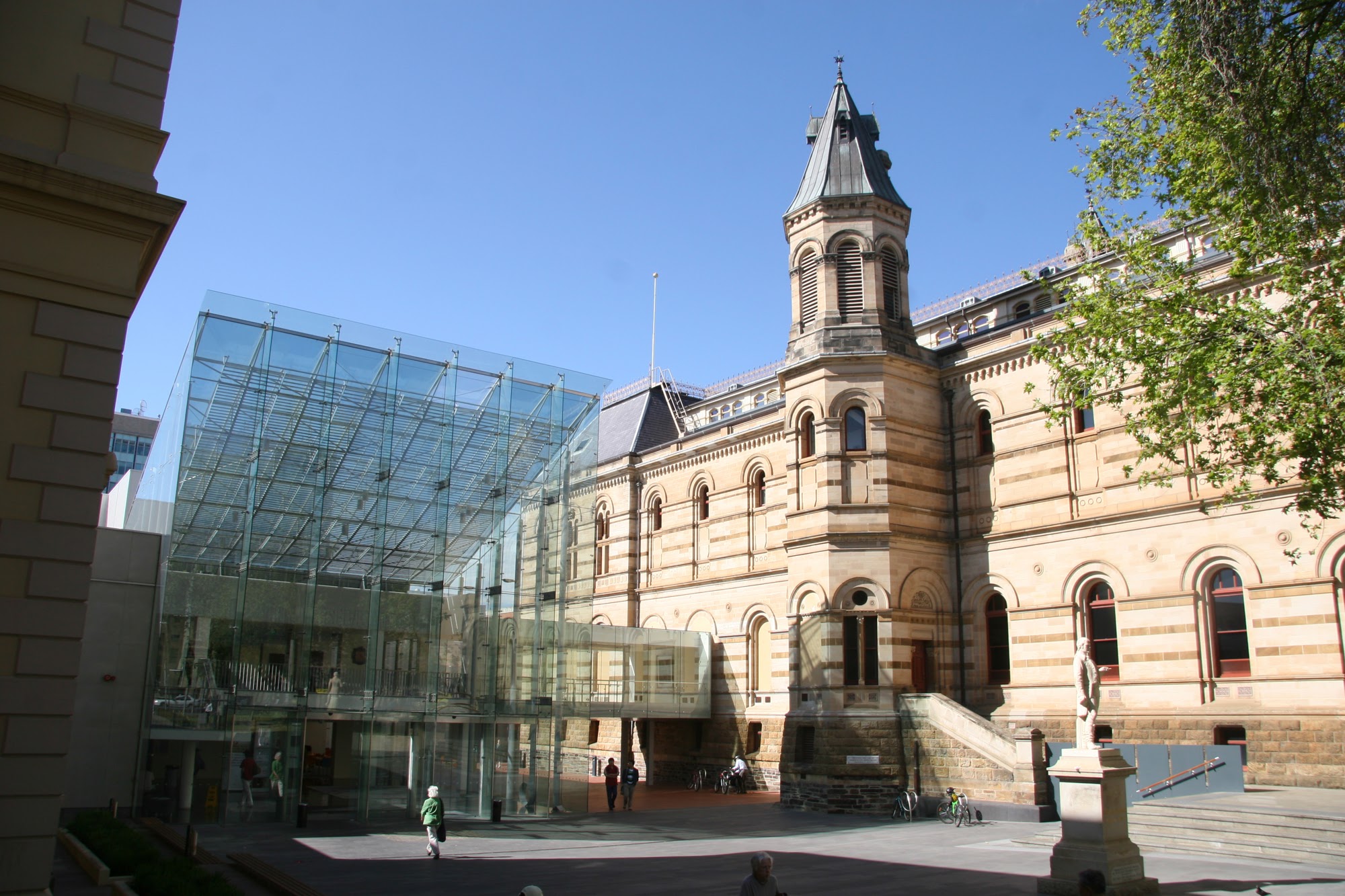 The council describes the proposed “Experience Adelaide Visitor Centre” as a “relevant, modern, one stop, full-service visitor information service in Adelaide as a gateway to South Australia”.

The federal government has already pledged $4 million for the centre’s fit out as part of the 10-year Adelaide City Deal funding agreement, with the council aiming for it open by the end of next year.

A report to be discussed at Town Hall next week states the council’s preferred location for the centre is the state government-owned State Library on North Terrace.

The report states the State Library offers “peppercorn rental” and is close to public transport and tourism destinations such as Rundle Mall.

“(The) Experience Adelaide Visitor Centre will be located in a high visitation location and be fully optimised to become a place of discovery, a trusted source of information and an attraction in its own right,” the report states.

“It should capitalise on adjacent or associated attractions, to be a destination for visitors.”

According to the report, technology such as augmented and virtual reality, artificial intelligence, body projection and machine learning would be used to “enable an enhanced visitor experience exploring the city, beyond the centre”. 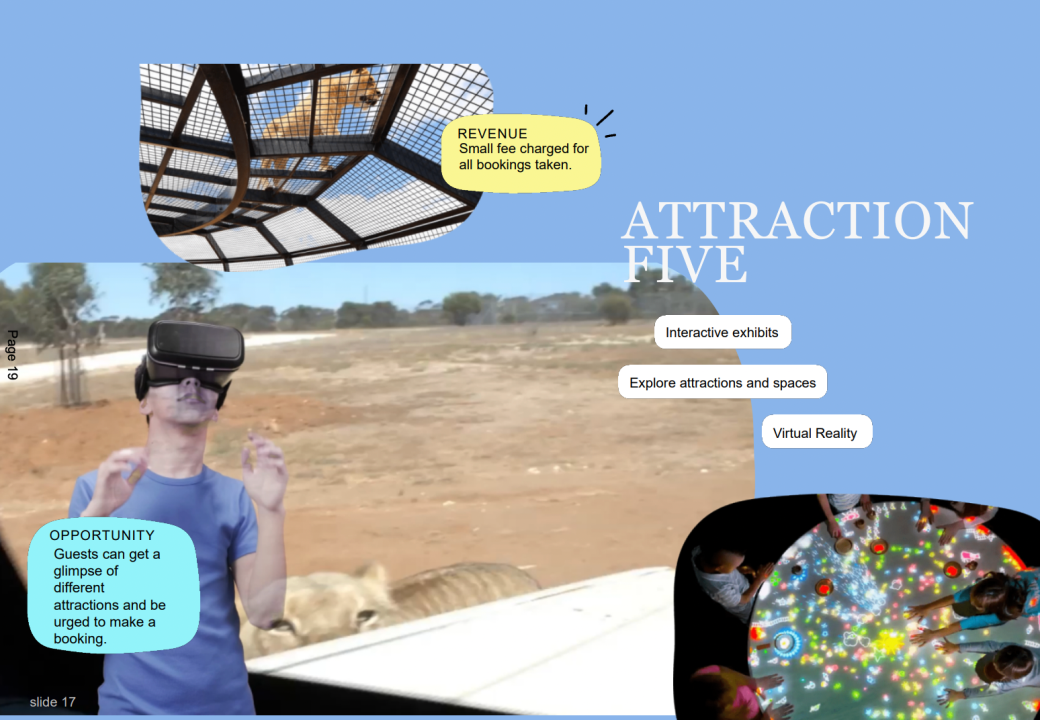 An exert from the Adelaide City Council report. 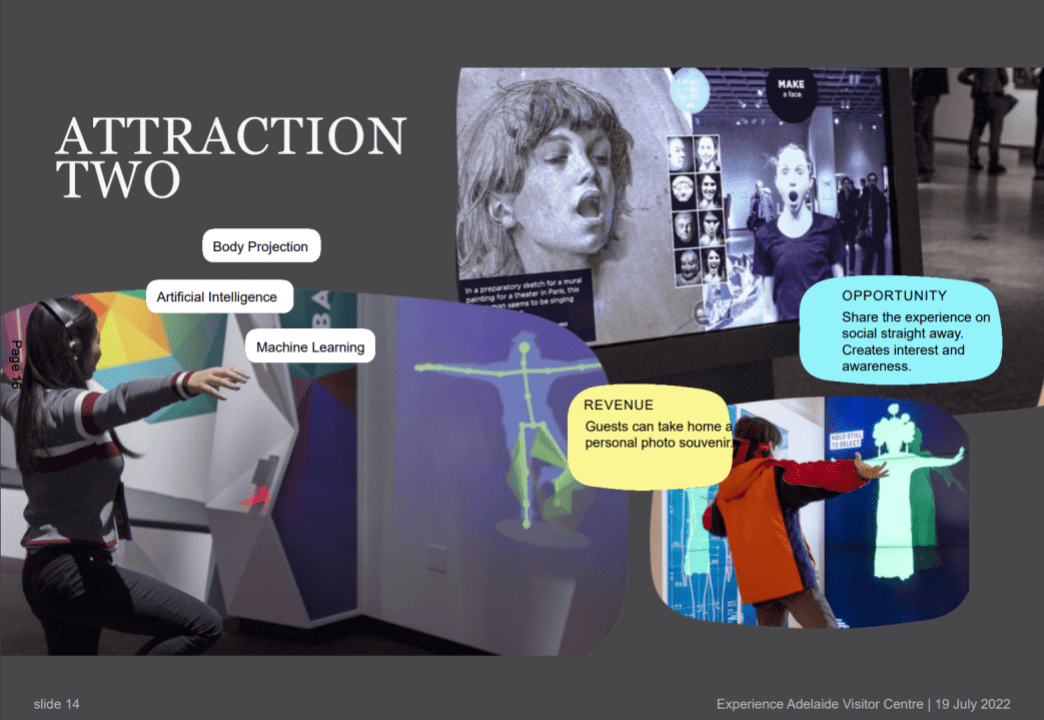 An exert from the Adelaide City Council report.

The report states the centre could generate revenue by selling personalised photo souvenirs, sponsorship for pop-up spaces and charging a small fee for bookings.

State Library director Geoff Strempel told InDaily that negotiations to build the centre in the library had taken about nine months and he was “thrilled” that the proposal was now progressing.

He said the library’s board had given indicative approval for the centre to be built at the North Terrace institution and the council would now vote on the proposal.

“Libraries are in the business of giving people information so that they can do whatever they want to do in their life and this visitor experience centre really does compliment that,” he said.

“We want visitors – whether they be local Adelaide, country, international – to come and start their journey of experiencing South Australia by visiting the centre.

“We’ve also got some facilities which will enhance the centre and allow people to have a more complete amenity, (such as) a café (and) wifi.”

Strempel said the centre’s visitors would be encouraged to view library exhibitions which provide “a more well-rounded and wholistic sense of what is South Australia”.

He said the library would redo exhibitions in its historic Mortlock Chamber to showcase the state’s history.

“It (the centre) will have a distinct footprint, but it won’t be closed off to the library,” he said.

“In some ways there will be two zones in the library: one is a contemporary visitors centre and one will be an historic centre, both of which will have the technology which will allow an immersive experience and give people a better understanding than just a static display.”

The State Library would not provide funding for the visitor centre, but Strempel said it was offering reduced rent and access to the library’s facilities as an “in-kind contribution”.

The centre, which is only open Monday to Friday, is staffed by volunteers who assist tourists with directions, brochures, maps and event information.

The SA Tourism Commission used to own a visitor centre on King William Street but it was controversially privatised in 2011 when it was awarded to a company owned by Ben Mead, the son-in-law of the commission’s then-chairman Bob Foord.

At the time, then Tourism Minister John Rau ordered an independent inquiry, which identified significant probity and conflict of interest deficiencies.

According to the council report, South Australia’s tourism industry is on the rebound after COVID-19 pandemic-prompted border closures.

Business trips are still down on pre-COVID levels, but the report states 2022 has seen an uptake with several conferences being held at Adelaide Oval.

Media diversity is under threat in Australia – nowhere more so than in South Australia. The state needs more than one voice to guide it forward and you can help with a donation of any size to InDaily. Your contribution goes directly to helping our journalists uncover the facts. Please click below to help InDaily continue to uncover the facts.