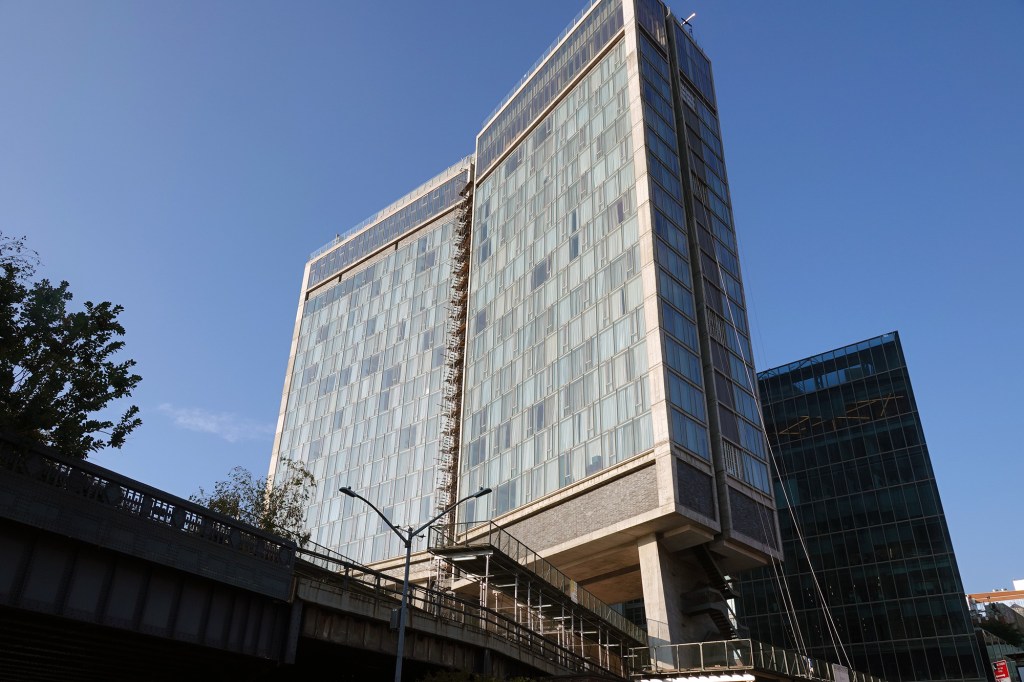 Some 100 city hotels were forced to shut their doors due to the pandemic, and those that survived are now pushing to lower crushing property taxes, according to an industry group.

Hotels were starting to bounce back in early December, as COVID-era travel restrictions began to lift, but the much-needed recovery hit a brick wall when the Omicron variant emerged and COVID cases in New York surged.

Now hotels already fighting to stay afloat with crippled vacancy rates are contending with Big Apple property taxes that have soared 100% since 2008 and are double those of other major cities, one study found.

“The industry was really hammered and it’s not going to be pleasant for the first quarter” because of increasing Omicron-fueled COVID cases, said Vijay Dandapani, the president of the Hotel Association of New York City, adding “at the same time we are being punitively taxed.”

Hotels are paying city property taxes that eat up 9.4% of their revenues, according to a new report by global hotel consultants HVS, compiled for the association.

That’s twice what the industry needs to stay afloat and nearly double the 4.5% taxes major U.S. cities like Washington and Los Angeles levy on their hotels, the study found. Hotels in Atlanta pay just 2.29% of their revenue.

Of the surge in hotel property taxes, 25 to 30% of the increase has come under the de Blasio administration.

And the wave of hotel closures isn’t finished: another half dozen have reportedly filed for bankruptcy, such as The Williamsburg, or in some cases are being foreclosed on, like the Standard High Line.

And under a new city law, if large hotels with 100 rooms or more that had been shut because of the pandemic did not open by Nov. 1, owners are forced to make hefty payments to employees of $500 per week for 30 weeks, even if they’d already given their workers severance.

Before the pandemic, from January through October of 2019, hotels had a robust 86% occupancy and revenue per room, known as RevPar, of $213.

In 2021, occupancy through October was 57% with RevPar at $108, and those that reopened for November as international travel resumed saw even better numbers, with occupancy jumping to 72% and RevPar hitting $185.

This month had been a bright spot, with 81% occupancy through Dec. 11 and RevPar of $274 — until COVID-19 cases began increasing.

“December is decent but it’s a long way ‘til normalcy,” Dandipani observed.

City statutes require hotel property taxes to be based on income and expenses, but Dandipani complained the city’s Department of Finance “has its own formula … that bears little resemblance to the decline in revenue.”

“This resulted in tax bills that were punitive,” Dandipani said. After the ball drops on New Year’s Eve, New York City gets a little quiet — which means it’s a great time to save some money on a visit to a city that can be pretty expensive. And now through Feb. 12, visitors can save on a last-minute trip to the Big Apple thanks to […]

Editor's Note — Monthly Ticket is a CNN Travel series that spotlights some of the most fascinating topics in the...

Tel Aviv, Israel © Amit-Geron Born in what is now Lviv and trained at the Bauhaus in Weimar, Pinchas Hütt,...

Whether you’re a tourist new to the city or a tried and true New Yorker who has lived here for...