One of Guernsey’s most famous residents could be remembered in a new performance and exhibition centre at the iconic former States Office building on the North Esplanade.

Also home to the island’s Tourist Information Centre, plans have been put forward to create a Victor Hugo museum, in honour of the 19th-century French writer who lived in exile in Guernsey for 15 years after being labelled a traitor by his home country France.

His world-renowned work includes Les Misérables and The Hunchback of Notre Dame.

The Victor Hugo Centre would include a flexible exhibition space to hold official functions and host local talent, plus a museum about his life and a study space for schools.

The project’s cost is not yet known but it is expected that any development would need to be privately funded.

Deputy Neil Inder, President of Guernsey’s Economic Development Committee, said: “While it’s early days and I don’t want to prejudge where the discussions will take us, this looks like an exciting opportunity … that would appeal to residents as well as visitors and will provide opportunities to attract more French and international visitors.”

Larry Malcic, Chair of the Victor Hugo Centre Group, added: “Victor Hugo praised Guernsey as a rock of hospitality and freedom. We’re excited to begin discussing with the States of Guernsey how a Victor Hugo Centre in a prominent building could help tell the story of his relationship with his island home.” 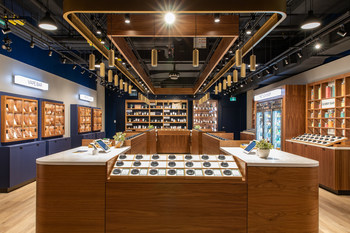