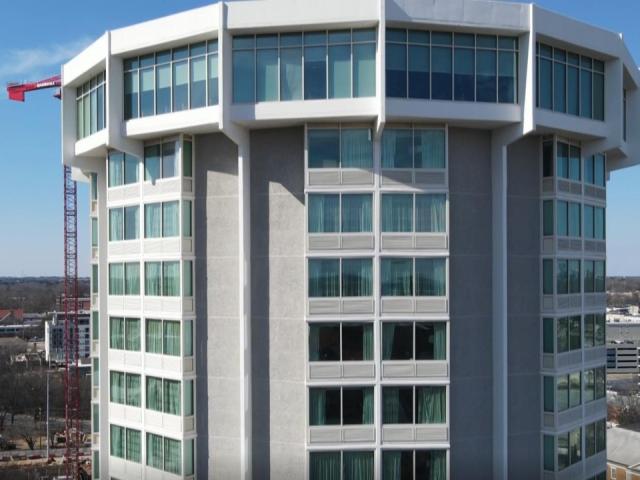 Raleigh, N.C. — A New York developer plans to demolish downtown Raleigh’s round Holiday Inn — a staple in the city’s skyline since 1969.

People who live in Raleigh have described the building on 320 Hillsborough Street as both iconic and an eyesore.

“It’s one of these weird buildings that just kind of exists in Raleigh. That’s very charming in a lot of ways,” said Raleigh resident Jonathan Debruho.

Developers are planning to build in its place a 20-story, mixed-used development building including hotel rooms, apartment rooms and retail and restaurant spaces. The building will resemble a glass tower, developers said.

Mick Walsdorf, CEO of Tidal Real Estate Partners said his company was “very excited about the strength of the Raleigh market and the opportunities it presents. There remains a strong demand for more high-end hotel rooms and additional housing downtown.” 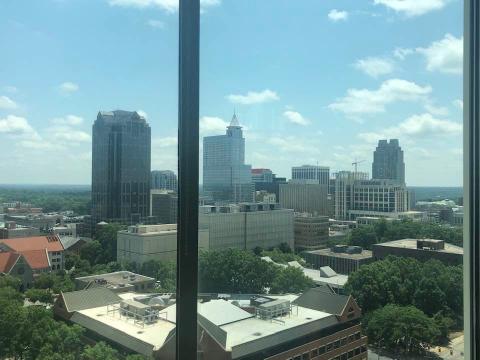 Walsdorf said there has not been enough development in the area serving the “luxury lifestyle” compared to other cities its size.

“We intend to deliver a hotel product that will be amongst the best in the entire southeast and what we hope will become a centerpiece for downtown and home away from home for Raleigh resident,” he said in a statement.

“Our visitors nowadays like new and shiny hotels,” he said. “We turn away bids every day literally from our sales department just because we don’t have the amount of room, hotel inventory they desire and want.”

Right now, downtown Raleigh has nine hotels with 1,777 rooms. Four hotels are under construction, including two on West Davie Street.

The glass tower is expected to bring 536 additional rooms to downtown Raleigh and will likely be completed in late 2025 or early 2026.​ 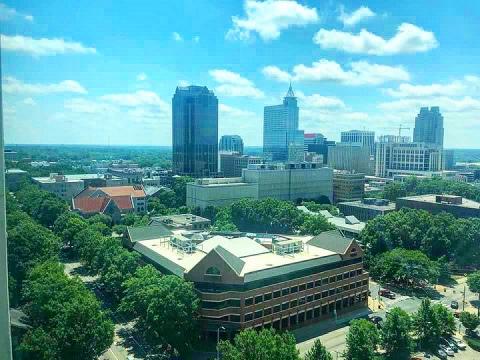 The Holiday Inn was built on Hillsborough Street in 1969, and has since been a defining piece of local architecture and culture.

The cylindrical building was Raleigh’s second ’round building,’ alongside the iconic Harrelson Hall on NCSU campus, which was also built in the 1960s and torn down in 2016.

The Holiday Inn was the center of a popular Raleigh legend. Many who remember visiting the Holiday Inn in the 1970s and 80s would joke that the top floor, which provided nearly 360 degree views of downtown Raleigh, used to “spin” many years ago. The joke eventually turned into a legend, with some newer residents wondering if the building ever truly did spin. 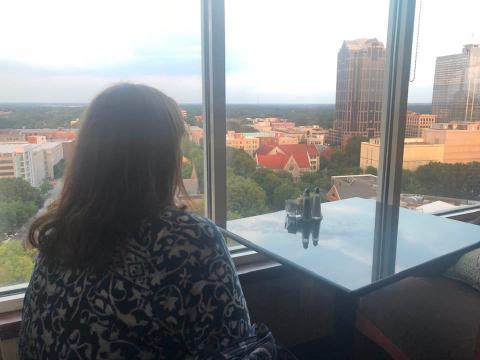 Management of the SKYE Tower cleared up the legend during a history tour in 2019, saying this Holiday Inn did not spin; however, it was modeled after many ‘sister’ towers that did indeed have the function of spinning to provide even grander views of the cityscape below.

Even though it never spun, many residents enjoyed the unique perspective of seeing so much of downtown Raleigh from 20 stories in the air. Historic churches, Dix Park, Fayetteville Street and even the State Capitol could be seen from the top floor of the Holiday Inn.