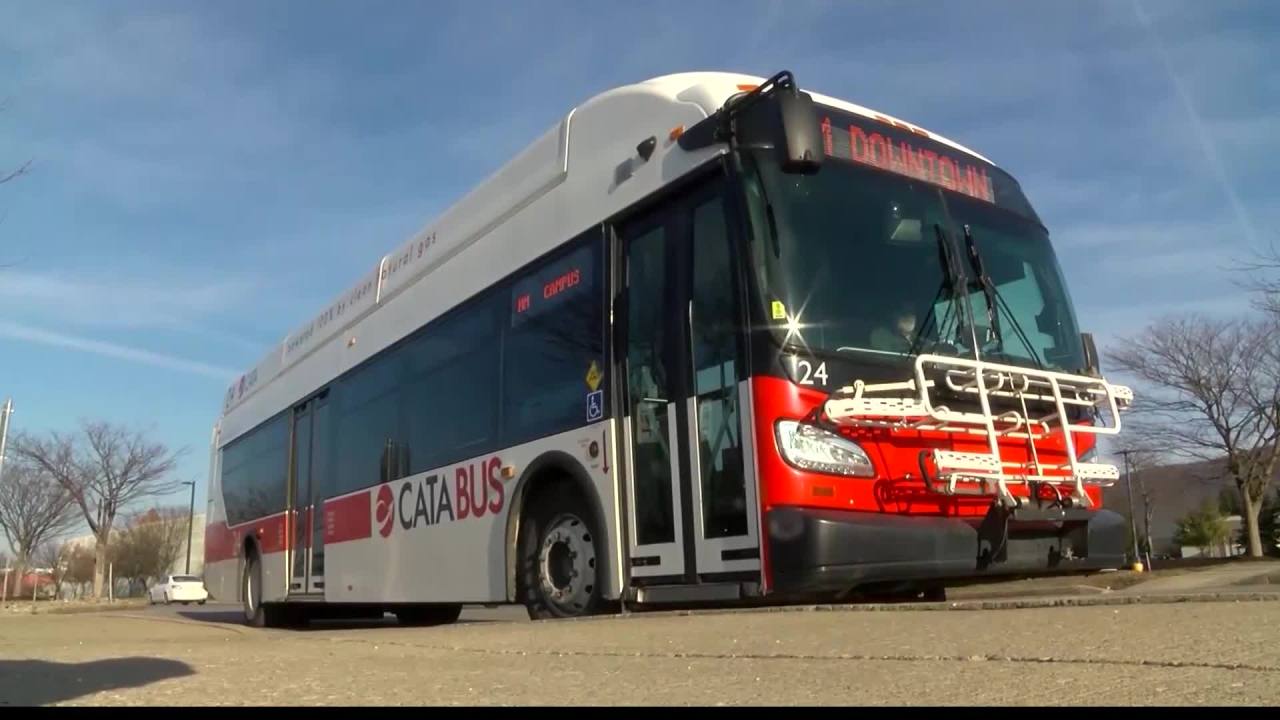 CATA said they currently have 85 drivers and are looking to hire about 20 more. The shortage has taken a toll, according to CATA employees.

“These folks are waiting an hour to two hours to catch their bus,” said another employee.

Their buses are packed, and the employees said they’re often forced to leave dozens behind.

“We’ve actually had, clients, students, people who ride our bus, cry because they can’t get to class and they have no way to get to class,” said an employee.

“All of the cutbacks are temporary, but they’re expected to last at least to the end of the calendar year,” said Jacqueline Sheader, pubic relations manager for CATA.

“We spend a lot of hours looking at ridership trends,” said Sheader. “We don’t have capacity issues on the routes that we’ve changed.”

“We have people over in administration that have CDLs like the drivers do, that could drive these routes,” said an employee. “Nobody’s stepping up.”

CATA leadership, however, says they are picking up the slack.

“We’ve had a lot of operation supervisors actually out driving the buses to make sure the trips that are scheduled are out and on time,” said Sheader.

Employees said they’ve lost about 40 coworkers over the past year due to conditions, such as inconsistent scheduling and lack of benefits.

“We have tried to work with CATA,” said an employee.

“Everyday we’re going back and telling our supervisors what’s going on and nothings changing,” said another employee. “If it continues I fear people and Penn State and the student housing units are going to find other options and CATA as we know it is going to cease to exist.”

CATA is gathering community feedback through their Remagine CATA study to help them plan CATA’s future.

“While the staffing issue and these changes are temporary, we do need to look forward at the same time, as we’re one of the most transit intensive small communities in the country, so it’s our responsibility to look forward as we’re taking care of what’s going on right now,” said Sheader.

Current job applications for CATA positions can be found here.