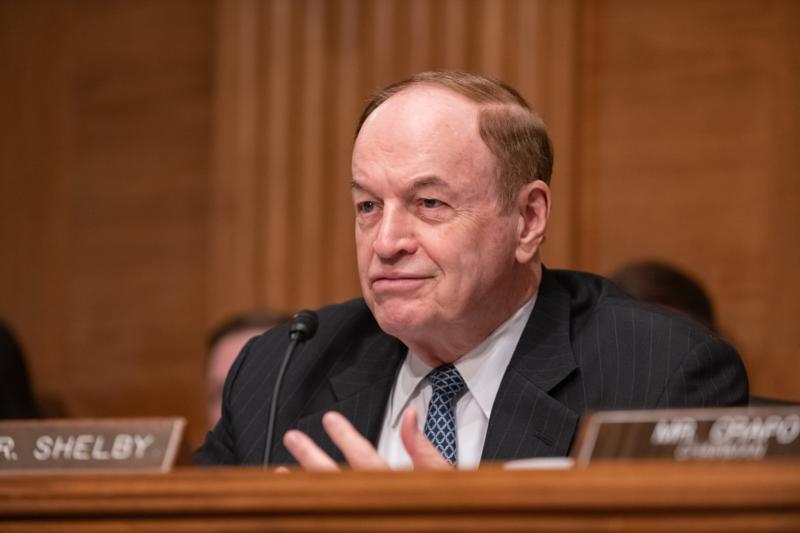 WASHINGTON, DC – U.S. Senator Richard Shelby (R-Ala.) today announced that the Mobile Airport Authority (MAA) and the Alabama State Port Authority (ASPA) have jointly received a U.S. Department of Transportation (DOT) grant in the amount of $100 million to participate in the DOT Transportation Demonstration Program, which is intended for entities that are well-positioned to augment existing intermodal and multimodal assets in close proximity with capital investments that strengthen infrastructure connections.

“This is one of the most impactful federal grants during my time in Congress,” stated Senator Shelby.  “Mobile is uniquely positioned to become a major transportation hub, with infrastructure already in place for maritime, rail, aviation, and highways.  For many years, I worked to create those conditions by dredging the Port of Mobile and improving the airport.  This program will build on that vision.  Our Gulf Coast and the entire state of Alabama stands to benefit immensely from this funding in ways we can only imagine.  Mobile has a lot to offer, and I am thrilled that we are utilizing its existing infrastructure to create a new transportation hub and economic power source for the entire state.”

“The timing of this grant could not be better,” said John Driscoll, Director and Chief Executive Officer of the Alabama State Port Authority.  “The port is progressing nicely on the channel modernization program, and we just closed out calendar year 2021 with unprecedented growth at our container intermodal facilities.  As we move into our fourth container terminal expansion, this port is poised to deliver cost-effective, reliable, and efficient freight and intermodal cargo service for underserved logistics markets regionally and across North America.  We’re deeply appreciative of the U.S. DOT funding opportunity and Senator Shelby’s leadership in modernizing our port and multi-modal transportation infrastructure to meet shipper needs and keep American commerce competitive globally.”

“We owe a tremendous amount of gratitude to U.S. Senator Richard Shelby.  This project would not be possible without his support and leadership,” said Elliot Maisel, Chairman of the Mobile Airport Authority.  “This investment puts us closer to our goal of building a new terminal debt-free, and that’s exciting.  By avoiding debt, we can keep costs low for airlines and pass those savings along to our customers.”

The DOT investment will seek to capitalize on and streamline aviation, maritime, rail, and highway infrastructure systems and also aims to generate efficiencies in inventory and supply chain management.  Funding for the DOT Transportation Demonstration Program was appropriated as part of the Fiscal Year 2021 appropriations bills.

This multi-faceted program will improve the Port of Mobile’s freight container operations by first providing start-up for a dedicated inter-terminal connector with rail access to the Port Authority’s terminal railway and five Class I railroads.  The project will also develop an adjacent, two-site Logistics Park that will support the long-term growth of an integrated, intermodal seaport, airport, and rail terminal network for domestic and international freight movement.  Furthermore, the project will allow for the use of newer technology to move cargo while also reducing truck distances between the Port of Mobile and regional logistic centers throughout Alabama.

The Alabama State Port Authority owns and controls the Port of Mobile, which provides access to nearly 15,000 miles of inland waterways and air cargo connections, two interstate systems, five Class 1 railroads, three short-lines, including a rail-ferry service between the Port of Mobile and Mexico, and a terminal railroad.  Since 2015, the Port of Mobile – the eleventh largest seaport in the nation – has grown its volume by 120 percent, making the gateway one of the fastest growing container terminals in North America.

The Mobile Airport Authority owns and operates Mobile Regional Airport (MOB), Mobile Downtown Airport (BFM), and the Brookley Aeroplex, generating $1.8 billion in economic value for Alabama.  With BFM located next to the Port of Mobile, the geographical location supports the Authority’s multimodal ability to bring maritime, rail trucking, and aviation together in one area.  BFM is also home to Airbus Final Assembly Line, Airbus Engineering, ST Aerospace, and Continental Motors.  The Brookley Aeroplex is an industrial complex that supports the operation of BFM, and it is home to more than 90 businesses.

Next post Expedia Ceases Sales to and From Russia