A MUSEUM and relocated visitor information centre was officially reopened by The Earl of Wessex.

His Royal Highness cut the ribbon at Windsor Guildhall to mark the opening of The Windsor and Royal Borough Museum and Royal Windsor Visitor Information Centre on March 22.

Prince Edward also unveiled a plaque at the Corn Exchange commemorating Her Majesty The Queen’s Platinum Jubilee this year and the centenary of King George V confirming Windsor as a Royal Borough. 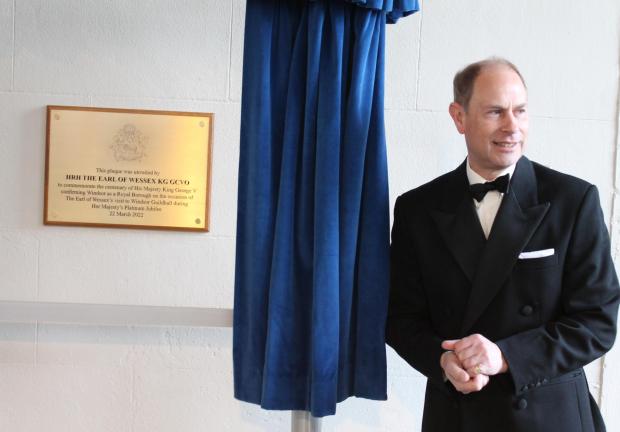 He unveiled the plaque at the Corn Exchange. Picture: RBWM

The Earl was given a guided tour around the building, was introduced to staff