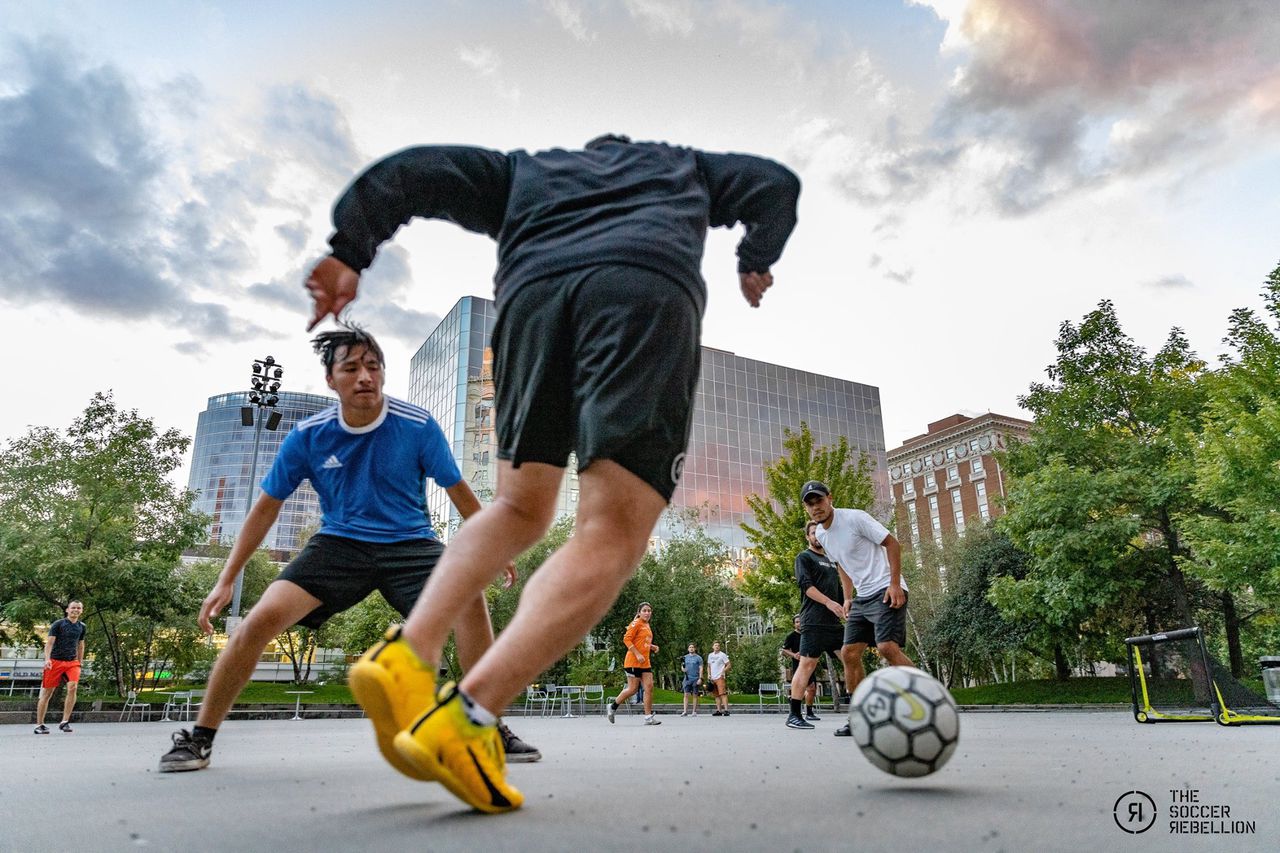 GRAND RAPIDS, MI – Soccer is taking over the streets this summer.

The Soccer Rebellion, a Grand Rapids-based street soccer startup, announced this week that it is teaming up with Founders Brewing Company to bring a street soccer tour to four major Midwest cities in August.

Through The Soccer Rebellion Takeover Tour, co-founders Tyler DeCoeur and Michael Dublis hope to attract enthusiasts of the sport for tournaments in Chicago, Milwaukee, Grand Rapids and Detroit while also exposing new audiences to a raw, fast-paced version of the beautiful game played in a compact environment.

“We can’t wait to take The Soccer Rebellion to these four major markets with Founders Brewing,” DeCoeur said. “We’ve gotten incredible feedback about the environment at our events and are eager to share the same passion with players and spectators across the Midwest.

“The street soccer culture in Grand Rapids is huge and it is amazing to see the community continually strengthen and grow. We are hoping to spark a similar culture shift across the Midwest and throughout the country. This tour is just the beginning.”

The 5v5 tournaments cost $200 per team to enter, with a $500 prize for the winning team. The tour will visit landmark locations to host tournaments including the former site of Tiger Stadium and Chicago Fire’s CIBC Fire Pitch.

Spectators are welcome. Admission is free and there will be food vendors and Founder’s beer onsite at each event.

Full event info and details can be found at www.thesoccerrebellion.com.