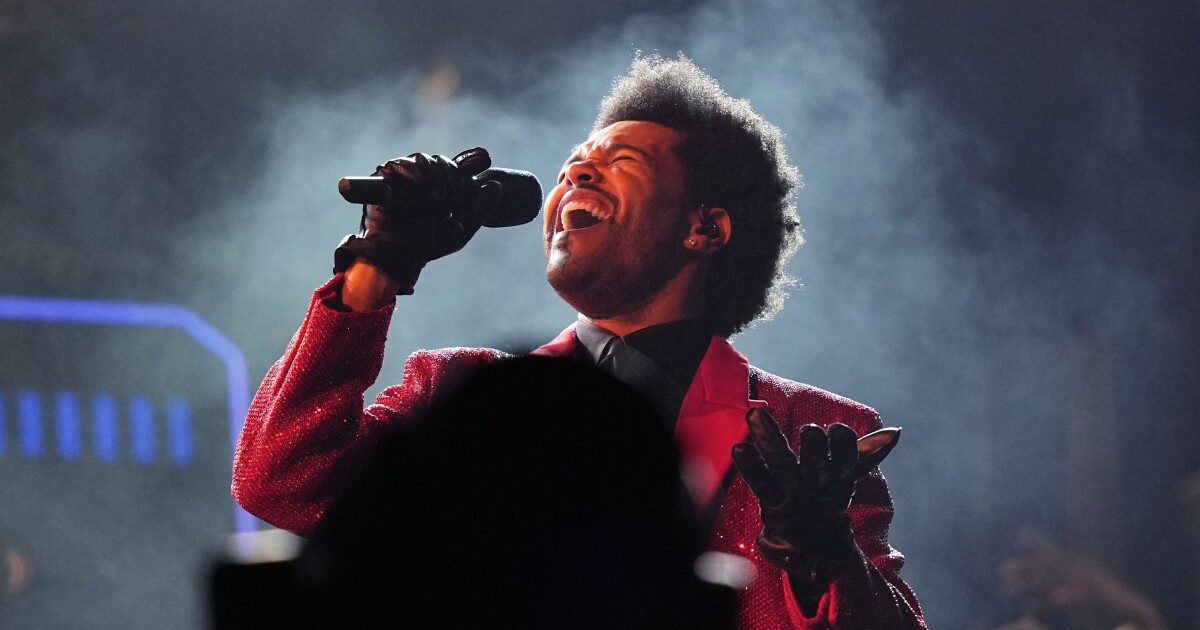 Those blinding lights music fans hoped to experience during The Weeknd’s 2022 arena tour have just disappeared, but should be replaced with an even brighter spectacle.

At least that’s the plan, following the Canadian pop superstar’s Monday announcement on social media that he is canceling his entire 2022 arena tour, including his March 13 Pechanga Arena San Diego date. The 2022 tour had been rescheduled from 2020, following the COVID-19-fuled shutdown of live events worldwide.

In place of his arena tour, The Weeknd (real name: Abel Tesfaye) will now mount a stadium tour next year, although he has yet to name any of the cities, venues or dates.

“The tour dates are moving and will commence in the summer of 2022,” The Weeknd wrote Monday on his social media pages. “Due to constraints of arenas and the demand for more shows I want to do something bigger and special for you which requires stadiums.”

Exactly which stadiums remains to be seen, since no dates or cities have been announced yet for his summer stadium trek. The Weeknd’s most recent stadium performance was in February when he headlined the Super Bowl halftime show. Next year’s tour will mark the first stadium tour of his career.

Reading between the lines, it is possible that the move to the stadium tour could be a result of health concerns. Specifically, it remains unclear if the COVID-19 pandemic will have tapered off enough in time for The Weeknd to have safely launched his now-canceled arena tour in January, as he had planned to do after postponing his original 2020 tour dates.

Tickets for his canceled 2022 arena tour will be refunded automatically, according to The Weeknd, at least if you purchased your tickets using a credit card. The Pechanga Arena website indicates that those who bought their tickets in person at the venue will need to go to the arena box office to obtain a cash refund.

Ticketholders for the canceled arena tour will receive priority for purchasing tickets for The Weekend’s upcoming stadium dates. Its is unclear, however, how that priority will apply to ticketholders in cities that won’t be included in the stadium tour.

In the case of San Diego, The Weeknd’s 2022 summer stadium concert here would presumably take place at Petco Park and need to be scheduled during a week that the Padres are on the road.