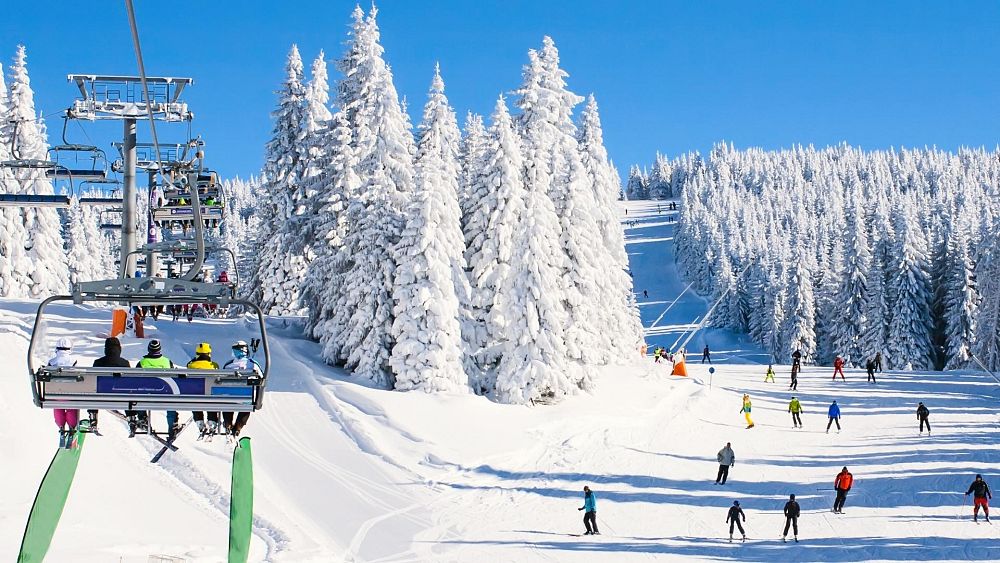 Picking the right resort can make or break your skiing holiday. Whether you’re looking for fresh snow, cosy cabins or the best après-ski money can buy, it’s always best to do your research before you book.

With so many resorts on offer, making a decision can leave you feeling snowed under. But travel experts at OVO Network have made things easier by comparing over 40 European resorts and picking out the best ten.

The results have been broken down into key categories, from the longest slopes to the cheapest daily passes.

So here is all the information you need to book an awesome trip.

A medieval Alpine town just outside of Innsbruck, Kitzbühel is famous for its annual Hahnenkamm downhill race. Nicknamed the Strief, the race is one of the most challenging downhillers in the world.

Full of chic shops and cafes, if you want to find out more about its history, you can head to Museum Kitzbühel, which houses paintings by local artist Alfons Wade.

There are 181km of slopes on offer here, and a daily ski pass will set you back €59.50. There are some great après ski options too, from sophisticated cocktail bars to casinos and bowling alleys. With a very high online rating of 4.9, if you want a touch of glamour with your skiing, this might be the resort for you.

Located in Austria’s second largest ski area, the Skicircus, Saalbach and Hinterglemm are two interlinked towns which form one of the top resorts in the Alps. The 270km of snowy pistes are connected by 70 ski lifts, and there are some really high-spec lifts on offer here, including gondolas with heated seats.

The twin resorts are also a great place for beginners, with 90 slopes rated easy. A daily ski pass will set you back €60.50.

If you enjoy the after party more than the skiing itself, then you’ll love this resort with bars and nightclubs aplenty, if you want to dance into the small hours there are lots of options available.

Or if you fancy something a bit quieter, there are some low-key restaurants and family bars too.

Slaloming into fifth place, Megève -​ Saint-Gervais sits at the heart of the world-renowned Pays du Mont Blanc in the south-east of France.

Megève offers visitors an authentic alpine village experience and has been a popular ski destination ever since the 1920s. It’s also the cheapest in the top five, with an adult daily pass just €50.50. There are a further seven nearby towns to explore too, along with a comfortable 81 ski lifts to take you to your chosen piste.

And with 262km of runs to choose from, there’s plenty of space to practice your technique.

There’s no denying Megève is a luxury resort. Not only does it have Les Flocons de Sel, a three Michelin-starred restaurant, it’s even got its own airport. But despite 100 years of popularity, it has managed to maintain an air of local charm too, and is often quieter than neighbouring resorts like Chamonix.

The ski resort of St Anton slides into the fourth spot with the highest online ratings of 4.8 out of 5. With 302km of slopes, St Anton is a must-visit for expert skiers.

The 65km ‘Run of Fame’ – the longest ski circuit in the Alps – starts in St Anton and runs all the way to Warth. It can be skied in both directions, and many skiers tackle it over a couple of days.

The village itself, nicknamed ‘the cradle of Alpine skiing’, has a traditional feel but don’t let that fool you. St Anton is famous for its hard-partying après-ski, and the Mooserwirt bar is renowned for selling more beer than any other Austrian bar. There are lots of clubs to keep you in the party spirit until the early hours too, including Basecamp.

If you can bear the thought of skiing again after all that merriment, a daily ski pass will set you back €61.

Next up are the connected areas of Tignes and Val d’Isère. Linked by lifts and slopes, the two areas form one of the largest ski resorts in France, also known as Espace Killy. There are 300km of slopes on offer here, with all difficulty levels covered.

The resort regularly holds skiing world cup races too and is celebrated for its reliable snow cover, which can last from November all the way up to May. It’s also a great place for more experienced skiers, thanks to its broad range of off-piste slopes.

The biggest decision you’ll have to make when visiting this region is whether to stay in Tignes or Val d’Isère. If you’re a fan of high-rise living, Tignes might be the place for you. Made up of a number of different purpose built villages, the resort is home to lots of tower blocks, sitting in stark contrast to the snowy mountains behind.

Val d’Isère on the other hand offers a more traditional vibe, as it was a village before it became popular with skiers. The streets here are lined with wooden, snow-covered chalets.

Covering two countries, Portes du Soleil is one of the world’s largest ski areas and is actually made up of 12 different resorts, including Morzine, Chatel and Les Gets. With a whopping 580km of slopes on offer here, there’s something for everyone, whether you’re a world champion or a complete novice.

Covering a huge surface area, there are 165 ski slopes here, as well as 14 nearby towns. The region is also popular with Instagrammers, with 925,939 hashtag mentions on the platform.

Advanced skiers should head to Avoriaz where you can enjoy the ‘Snowzone’, a collection of four off-piste areas where skiers and snowboarders can unleash their creativity and perfect their tricks.

If you’re not quite at the trick stage yet, Les Gets is great for beginners and families, with a dedicated learning zone and a family snowpark.

The number one ski destination Les Trois Vallées (yes, it’s France again) is also the world’s largest, with a huge 600km of ski slopes on offer. In fact, Les Trois Vallées is so big, you could fit the five largest ski areas in the US inside it. Located in the Tarentaise Valley in the Savoie region of France, you can ski the three unique valleys using just one pass.

The ski season lasts five months here, stretching from December to April and 85 per cent of the ski runs sit at an altitude of 1,800 metres or more.

For such a large area, a daily ski pass is a very reasonable at €66, and if you’re after some après-ski there are 27 local towns and villages for you to visit. Val Thorens is Europe’s highest resort, while Courchevel offers guests a slice of the good life, with Michelin restaurants, luxury apartments and even its own airport.

The region is perfect for skiers of all levels too. It is made up of 17 per cent green runs, 29 per cent blue runs, 33 per cent red runs, and for the more adventurous, 11 per cent black runs.

The other three resorts in the top ten are: Next post The Most Important Story in Corporate Travel in 2021

White sands, blue skies… and lots of books. Applications have opened for what might just be the best job in the world: running a bookshop on a luxury desert island in the Maldives. Passionate lovers of books – who are also adventurous, outgoing, creative and don’t mind spending all day barefoot – are sought for […]

Comment on this storyCommentAs an avid skier who has a few bones to pick with the sport (frozen toes, long...

The Belknap County Commission is calling for two members of the independent board that oversees the county-owned Gunstock Resort to...

When Guests choose to stay on property at Walt Disney World, they have so many incredible Resorts to stay at....

It was the third round of devastating wildfires to hit Napa and Sonoma since 2017, and the region has been...