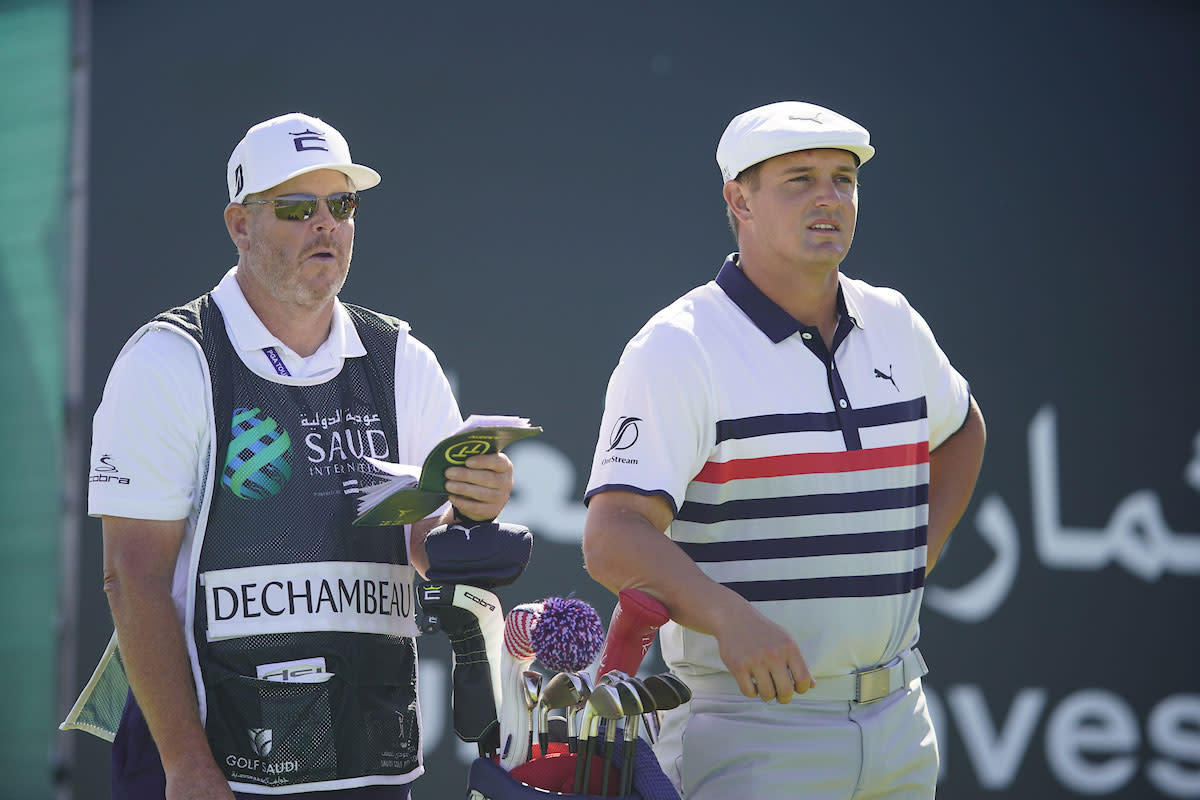 Halfway around the globe, Bryson DeChambeau, Dustin Johnson, and Phil Mickelson will soon make a statement without saying a word as they tee off at the Royal Greens Golf and Country Club in Saudi Arabia.

That Big Three, each of whom is an independent contractor, will essentially say that they are happy to accept Saudi money when it’s tossed their way.

The money is reported to start at $2 million and escalate up to $10 million. Those are appearances fees based on the player and his drawing power. Who can blame them? Back at Pebble Beach, the PGA Tour does not offer appearance fees — at least, not how the Saudis do it.

The Tour states that players cannot receive appearance fees, but it allows those bonuses to be wrapped in different paper. The Tour’s approach is a wink and nod for major sponsors, which pay players to come to small dinner parties, or offer endorsement deals with the understanding the pro will play in their event. For example, Dustin Johnson now plays the RBC Heritage every year, but he was an annual no-show before he signed on with RBC.

Of course, there are players who turned down money from Saudi Arabia to play their event this week.

Reigning FedEx Cup champion Patrick Cantlay is at Pebble Beach this week, even though he was offered an appearance fee to play in the Middle East.

“It’s a multi-factored decision,” Cantlay said. “I love Pebble Beach, and so I’m really excited about being here this week because it’s one of the best golf courses on Tour and one of my favorites.”

PGA Tour Commissioner Jay Monahan would praise Cantlay’s decision, as the developments off the coast of the Red Sea are problematic for a Tour that has not been pushed by outside influences or its own players since its inception in 1968, when the Tournament Players Division split from the PGA of America.

Monahan’s problem is much bigger than a Saudi pay-for-play scheme. The newly named International Series is a 10-event stretch on the Asian Tour that will be staged in countries outside of the traditional Asian region, including the Middle East and England, which are traditional hotbeds for the DP World Tour, the PGA Tour’s newest partner.

Greg Norman, the CEO of LIV Golf Investments, is one of the architects and in announcing the new series on Tuesday, the 66-year-old Australian went beyond the announcement of new venues in Thailand and England. He sounded like man fronting a tour that is ready to shake up golf’s hierarchy.

“We’ve identified a new opportunity out of a lost opportunity, and I mean that in all sincerity,” Norman said. “The lost opportunity people should be embracing; other institutions should be embracing. We are very, very respectful and will always be open, and I’m always going to be a healthy, friendly competitor, and that’s important to know, because the market is huge and it’s open for everybody, and we’re going to have these open pathways.”

In a nutshell, Norman has thrown down the gauntlet to the PGA Tour, European Tour and all others that the Asian Tour is not going to kowtow to any other tour. They seem prepared to spend whatever it takes, as LIV announced it has upped its total purse to $300 million, a $100 million increase, while stating that “we believe in the future of where the game of golf can go.”

Where that is, is anyone’s guess.

I happen to think the LIV Golf Investment, the International Series and the desire to expand and grow the game is all part of a broader plot to control pro golf, with Norman as a self-proclaimed monarch.

Norman tried to push a world golf tour down Commissioner Tim Finchem’s throat in the mid 90’s, and now, 25 years later, Norman is back and this time the Saudis are reinforcements.

The dream is proclaimed to be to grow the game, and while that may be a byproduct, it’s purely about control.

At the end of the week someone will be crowned the winner in Saudi Arabia and the same will occur hours later in California and then the golf world will return to normal until the next proclamation from Norman or his LIV group.

The press conference on Tuesday was a small skirmish, with war possibly in the future.

And if there is a war, let’s be clear, it’s all about control and power. The PGA Tour and its supporters don’t want to give it up.

The reason the Big Three players, along with about 20 other members of the current top 50 in the world, are in Saudi this week is for one thing: money. There’s nothing wrong with that.

At the same time, the Tour pros are lending some credibility to the Saudi’s attempt to turn world golf upside down. In the end the only way a potential coup occurs is if the players get behind it.

All of the Saudi’s money means nothing without players — named players — participating in their events.

So don’t be fooled what is happening in Saudi Arabia this week.

Every time you hear for the good of the game, which Norman repeated in the Saudi press conference this week, you should know the real reason is power, because spending millions of dollars in appearance fees to multi-millionaires has absolutely nothing to do with growing the game.

Ed. Note: Sports Illustrated’s parent company, Authentic Brands Group, has a licensing and endorsement partnership with Greg Norman. ABG is not a party to this deal.