ADK Lawyers would like to introduce to client and partners an article by Lawyer.Ho Thi Tram (Vera) with the headline: “Vacation ownership – Can it be bought and returned?” published in the Saigon Economic Times on July 16, 2021 with the following contents:

“There were many cases of returning of vacation package and requesting for refunding the money, due to the complicated and prolonged development of pandemic, making vacation owners impossible for enjoying the vacation service. At first sight, this seems to be a good reason at this time, but in legal aspect, “to be returned, paid back” cannot be performed if there is just a unilateral wish from one side.

The vacation ownership (timeshares) originated from the United States in 1970 but only has appeared in Vietnam since about 2009 (1). Operation mode of this business is that a party had a reservation of leisure travel packages to relax in luxury camps (resort) in an annual time of about seven days per year with a price stated in contract (1). The owner also has right to exchange the vacation with other people.

In Vietnam, the timeshare has appeared in many coastal resorts such as Danang, Nha Trang, Cam Ranh, Phan Thiet, Vung Tau…

As a new form with the foreign origin, operation and legal nature of the timeshare are not well known for many people (buyer) to thoroughly understand, so this leads to a misunderstanding with ownership right in real estate, along with the complicated development of pandemic; therefore, many disputes occur related to kind of this contract, mostly the buyer’s requirement of contract termination and deposit refunding. In some cases, the buyer unwillingly accepted a loss of deposit and also gave up the contract because the seller did not accept a contract termination as well as the dispute settlement would be difficult. However, there are also many buyers requiring state authority to settle the dispute.

Can the vacation package be returned?

The buyers can lose the deposit if they do not continually perform the contract. Of course, each case will have different circumstances and events, so the legal consequences may not be the same.

Currently, the pandemic stalls tourism business, domestic and foreign travel is limited by the regulations on distance and blockade, applied to control the pandemic spreading. The buyers have no chance to use the service of purchased leisure travel under their plan. In fact, the external circumstances were different from the time when the contract was concluded before the outbreak of pandemic.

Compared to the buyer’s situation, the pandemic outbreak and spreading is objective, out of volition and unpredicted. Assuming that if the buyers know the disease event, this party may not conclude the contract or if they entered into that contract, they might have agreed to add the right of withdrawal, exclusion or certain reservation.

It seems that if the buyer continually performed the contract, beside paying installments, the buyer also has to wait until the pandemic is controlled or ended before being able to take the vacation, but the end of pandemic till has been unknown. In addition, the buyer cannot interfere in travel restrictions or government’s directives. Thus, in this situation, it is possible to consider that the buyer is satisfied with the case of fundamental change situation.

If the buyer considers that the criteria are satisfied, this party can suggest to re-negotiate the contract with the seller regarding the contents which need to be adjusted such as vacation time, payment installments, fees and other factors, or even the contract termination. In case the contract is impossible to agree on modification, the buyer can require the court to decide on the termination or modification of the contract to balance the rights and interests of the parties under regulation of Article 420 mentioned above. As a civil case, duty of providing evidence and proving it belongs to the parties so that the court can have a basis to pronounce final judgment.

It should be thought that although the vacation ownership is new in form, but its nature is not, the parties before entering into this transaction must carefully research the legal regulations to thoroughly understand the nature of the subject in transaction and relevant interests. Once the parties are bound by contractual commitments, their release from the binding is not only what one party wants, but also must be based on the agreement content and the law provisions for their disput settlement.” 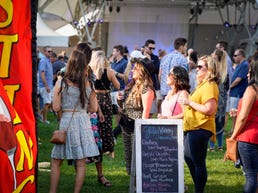