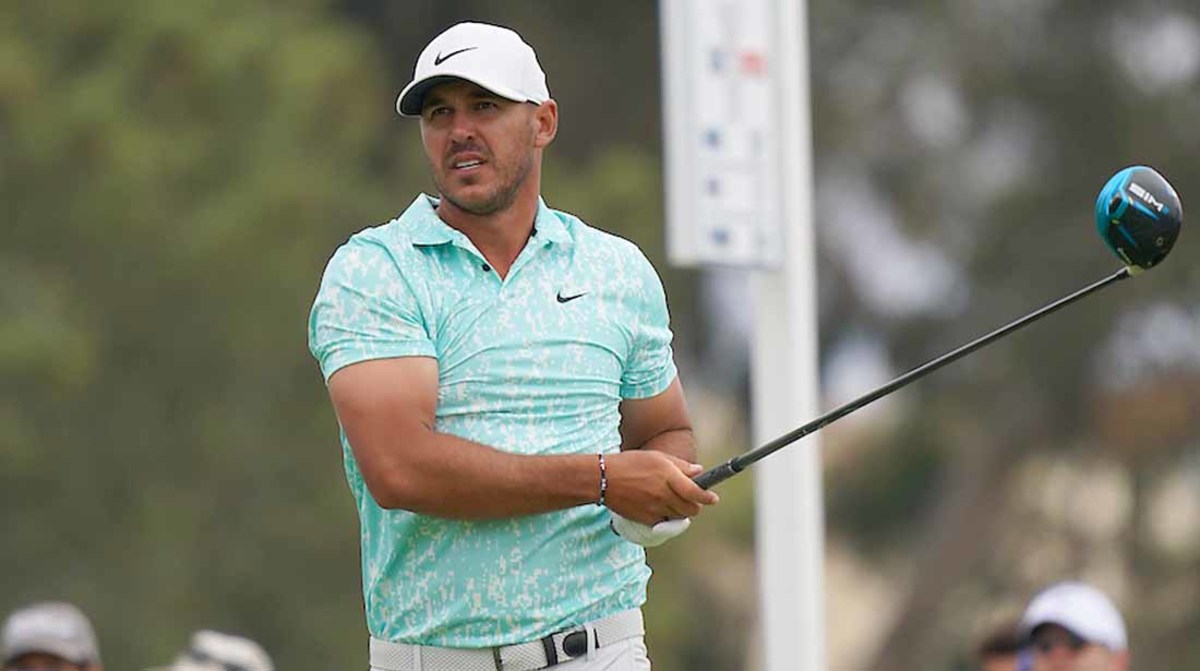 LAS VEGAS, Nev. – For only the third time since 1976, the PGA Tour is hosting tournaments in the same city for two straight weeks. It all begins with this week’s Shriners Children’s Open at TPC Summerlin.

Then from Oct. 14-17, the limited-field CJ Cup is scheduled for Tom Fazio’s Summit course for first time. In 2020, the CJ Cup was played at Shadow Creek in Las Vegas, also a Fazio gem.

TPC Summerlin and the Summit will each present the Tour pros with golf-gambling scenarios as they feature drivable par 4 and reachable par 5 holes. The scoreboard should be lighting up like a winning slot machine over the next eight rounds in Las Vegas.

The Shriners and CJ Cup were also played over a two-week period in Las Vegas in 2020, joining the Workday Charity Open and the Memorial last season as events played in the same locale in back-to-back weeks due to Covid-19 pandemic. The Workday and Memorial were played at Muirfield Village in Akron, Ohio.

With all due respect to Akron, it isn’t Las Vegas, and players, fans and executives are ready to roll in the city that glitters, which has blossomed into the new sports capital of the world. Now home to the NFL’s Raiders, the NHL’s Golden Knights and the WNBA’s Aces. And the annual East-West Shrine Bowl, sponsored by the Shriners Hospitals for Children, is scheduled to be played in Las Vegas’ new 65,000-seat Allegiant Stadium for the first time on Feb. 3, 2022. Yes, sports is big time in Vegas.

The Vegas sports scene has included golf and the PGA Tour for decades, dating back to the 1953 Tournament of Champions. The Shriners Children’s Open debuted in 1983 as the Panasonic Pro-Celebrity Classic. It was the first million-dollar purse in PGA Tour history and Fuzzy Zoeller was the first champion.

“To host two tournaments back-to-back just proves yet again what a great destination Las Vegas is,” said Patrick Lindsey, Shriners Open executive director. “Vegas used to be all about the city of entertainment, and the resorts and the gaming, but now there’s a sports theme that has been thrust into the city. I believe NASCAR and the PGA tour helped lead the way years ago, and then the Knights brought additional attention to it and now the Raiders are bringing even more attention. Golf just adds to all of the excitement.”

TPC Summerlin is known for its four finishing holes, which annually produce drama. The drivable par-4, 15th hole begins a final stretch that is key in defining the eventual champion.

The 16th is a reachable par 5, and then challenging par 3 and par 4 holes complete Summerlin’s back nine. Those holes will likely determine a champion.

As always, Shriners patients are the driving force behind the tournament and 21 are scheduled to be standard bearers.

While TPC Summerlin is known for late drama, the Summit course could provide a lot of action right from the start because the first seven holes are there for the taking. A course insider believes that a run of seven birdies to start a round is possible.

The 1st hole is a drivable par 4 and then the par 5 3rd and 6th holes are reachable. In between is another potentially drivable par 4, while the 7th hole is a short par 3. Two-time major champion and Summit member Collin Morikawa has shot 62 at the course and fellow Summit member Maverick McNealy has recorded a 61.

“Many of the PGA Tour players are personal friends of mine, and for those who haven’t experienced our Tom Fazio-designed course, I know they’re in for a unique challenge, framed by some of the most stunning views you’ll ever enjoy on a golf course in Las Vegas,” said Michael Meldman, the CEO/Founder of Discovery Land Company, the Summit Club parent company. “From the tees for hole 6, you get an unobstructed panoramic view of the Las Vegas Strip; and just around the corner at hole 7, you see the calico mountains of Red Rock Canyon.”

The CJ Cup marks the first time many will see Las Vegas’ newest course. Meldman said a core philosophy of the Discovery Land is family and the PGA Tour will be embraced as such for a week.

“I am honored and excited to host the CJ Cup at the Summit Club, and invite the world to see our stunning course for the first time in such a public forum,” Meldman said. “The PGA Tour approached us earlier this year with a one-time request to host it at Summit instead of its usual location in South Korea. Hosting a big, public event like this is not something we ever do: we pride ourselves on the exclusive, member-centric environments we create, and a large event can be intrusive. However, due to the unique circumstances of the last year and a half, paired with our ability to safely and comfortably execute a public event like this in conjunction with the PGA Tour, we agreed. I’m really glad we can help our friends in this way.”